Klatch Studio is West London’s newest film and photography studio, having opened its doors just last month to a variety of creative and commercial projects. Situated in Park Royal in the borough of Ealing, surrounded by equipment rental companies and prop stores, Klatch weighs in as a mid-tier studio with its shooting area of 1670 square foot.

Klatch is a new film and photography studio that has launched in West London. As a social enterprise, the studio reinvests profits into making pro-bono films for charities fighting for social justice and environmental change.

After two months of renovations, the team at Klatch has transformed a storage space in a warehouse into a well-equipped studio designed with the needs of filmmakers, photographers, and other creatives in mind. The space boasts an 8m x 8m infinity cove, natural lighting or blackout capability, a lighting rig fitted with state-of-the-art LED Chroma-Q space lights, drive-in access, as well as a spacious and colourful green room where cast and crew can relax. 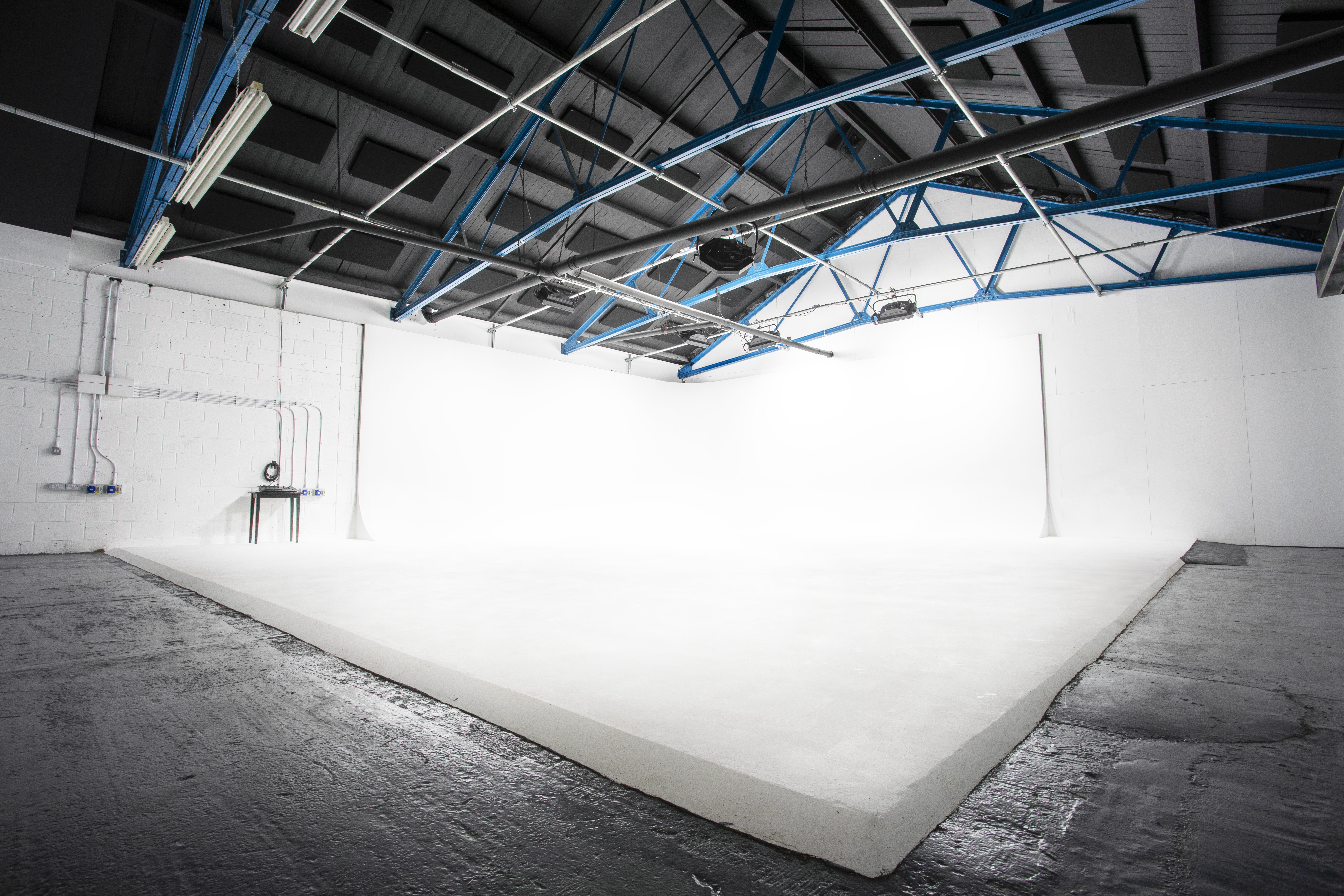 The team behind Klatch are a creative duo themselves, with backgrounds in directing and set design respectively. Discussing the launch and their plans for the studio, director and CEO Jake Hatt said, “We launched Klatch with the aim of making production space more accessible and affordable for everyone. We noticed a lack of mid-range studio spaces in West London and wanted to help fill the gap. As filmmakers ourselves we know how important it is to have the right facilities at the right price, especially with smaller projects or student productions for whom the larger studio complexes can be intimidating and out of reach.”

What’s in a name? Klatch – a truly social studio

The name ‘Klatch’ means ‘an informal gathering’, deriving from the German word for gossip. A sense of community is an important part of the studio’s ethos. “We want the studio to be a comfortable and approachable space in which anyone can create and collaborate,” said Hatt.

Post lockdown socialising has boomed up and down the country. According to research commissioned by Klatch, 70 per cent of Brits missed social interactions during the lockdown and 82 percent admitted to going out more than double the amount they did prior to the restrictions.

Top of the list of places they missed mixed with family and friends were restaurants (65 per cent), pubs (58 per cent) and gyms (49 per cent).

The survey found that Brits now average participate in three social gatherings per week compared to one pre lockdown.

The studio is social in another way too – Klatch is set up as a social enterprise, meaning a portion of its profits are reinvested into work for charities which fight for social justice across the world. In partnership with the COINS Foundation and the studio’s parent company, Free Bird Film, Klatch’s profits contribute towards projects for charities including Habitat for Humanity and PEAS (Promoting Equality in African Schools).

Demand for studio space in the UK has been increasing steadily despite the setbacks of the Covid-19 pandemic. Across the UK, a wide range of large studio complexes are currently being built to meet the growing demand, including Eastbrook Studios in Dagenham, SkyStudios in Elstree, and Ashford International Film Studios. Other well-known studios are expanding even further, with Pinewood Group recently unveiling plans for a 1 million square foot expansion of Pinewood and Shepperton studios.

Sonic the Hedgehog is back, this time in an exclusive Japanese art style.
Read more
General