In a new online survey carried out last week, in collaboration with ITV News, campaign group What About Weddings found that 39% of businesses would fold within 1-3 months if restrictions are not lifted in full for normal weddings by 21st June. More than 150,000 jobs in the industry are at immediate risk of being lost in every corner of the UK. 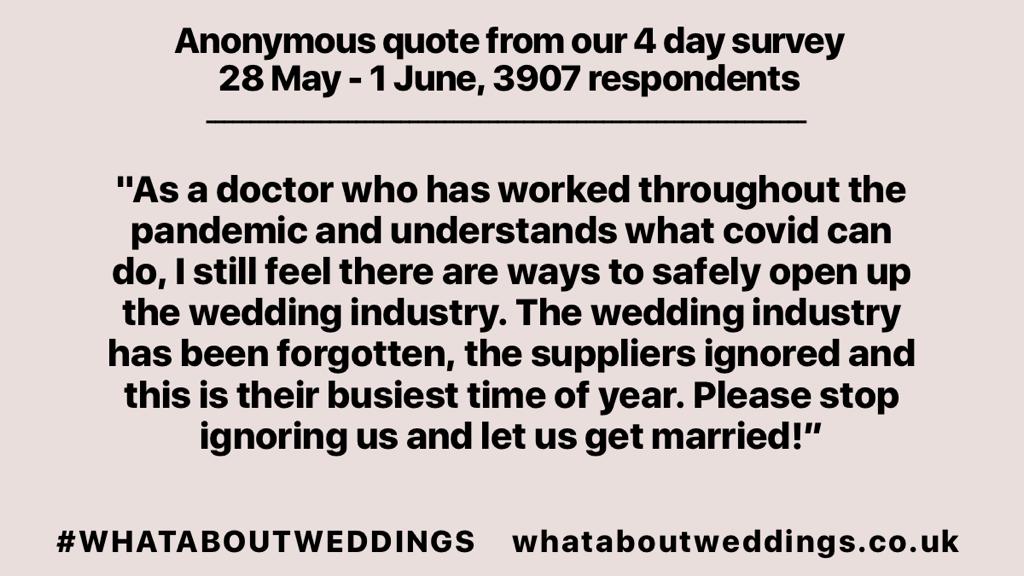 On 9th June 2021, UK wedding campaign group What About Weddings are asking the government to urgently consider the implications of continuing any restrictions for the wedding industry, employing over 400,000 workers a year across both rural and urban areas in every constituency of the country. 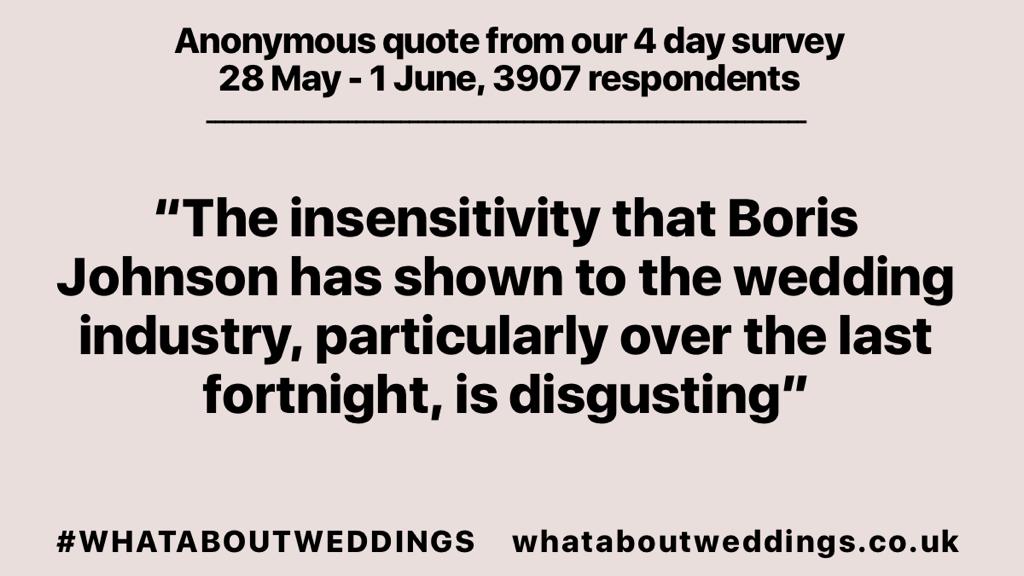 The UK wedding industry is worth almost £15bn to the UK economy every year, and 80% of businesses are headed by female entrepreneurs who often work flexibly and around childcare responsibilities. The government has been heavily criticised for discriminating against a world leading sector that has been closed in all but name since March 2020 with over 95% of businesses claiming they have not had sufficient financial support. Having lost a year and a half of trade, businesses face closures and an entire sector collapse, with couples reporting extreme levels of stress and anxiety as they face the possibility of yet more postponements and life plans put on hold. 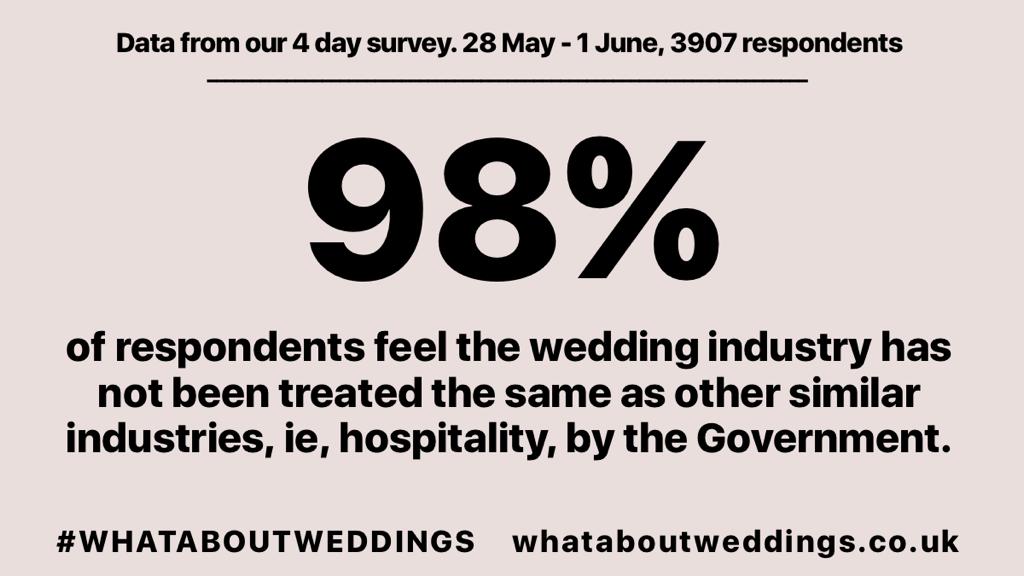 Delays to the roadmap set out by Boris Johnson on 22nd February would not equate to “just a couple of weeks” for the wedding industry, as the knock on effect would immediately impact consumer confidence and result in almost £325 million a week in losses. 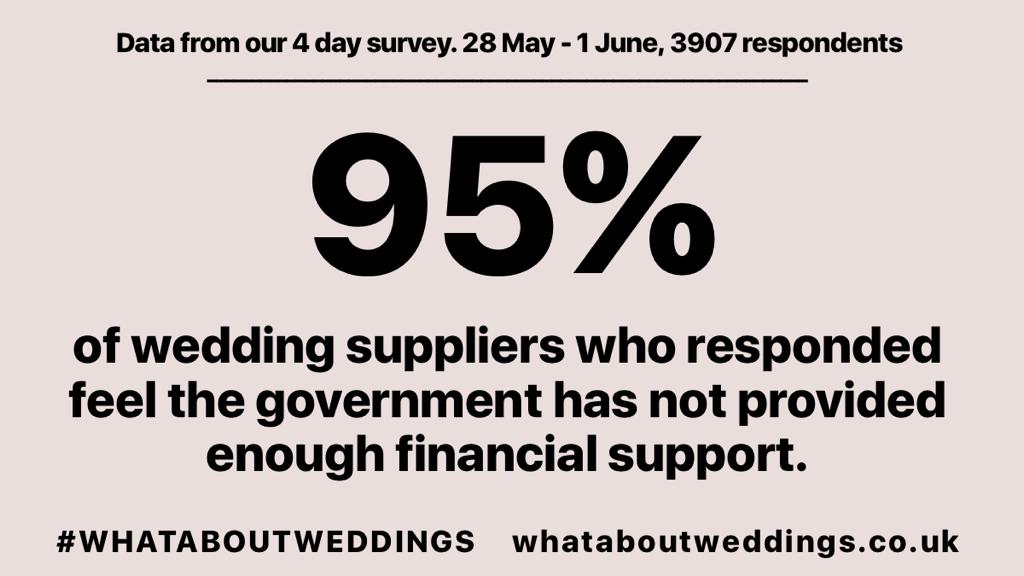 Without wedding insurance in the market to protect couples and businesses from cancellations and postponements due to Covid19 and government imposed restrictions, there are nearly one million people who are at risk of significant financial losses and no protection or compensation. 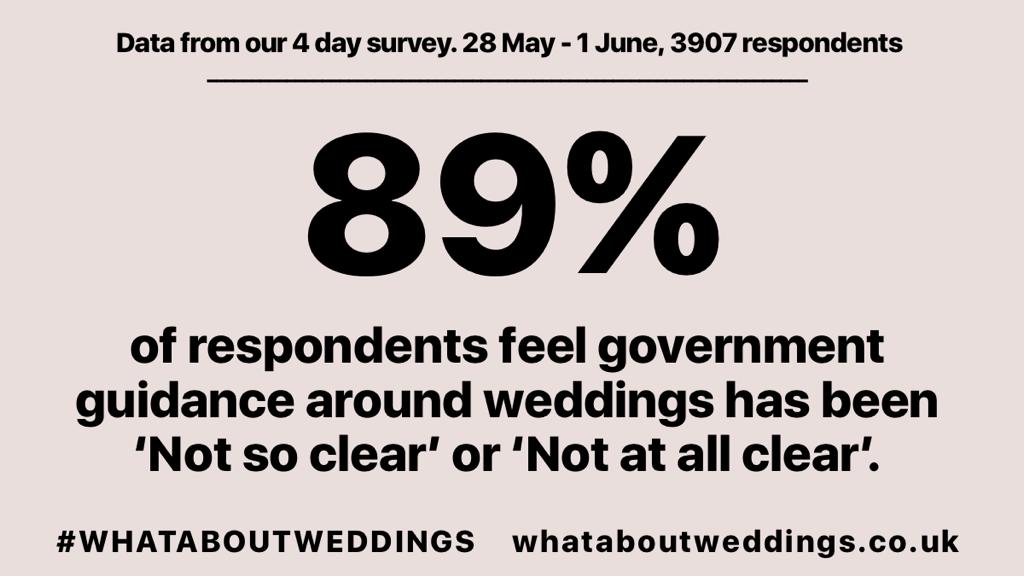 Industry leaders have been calling for a government backed insurance scheme for over 8 months, with workable proposals sent to government officials on multiple occasions. 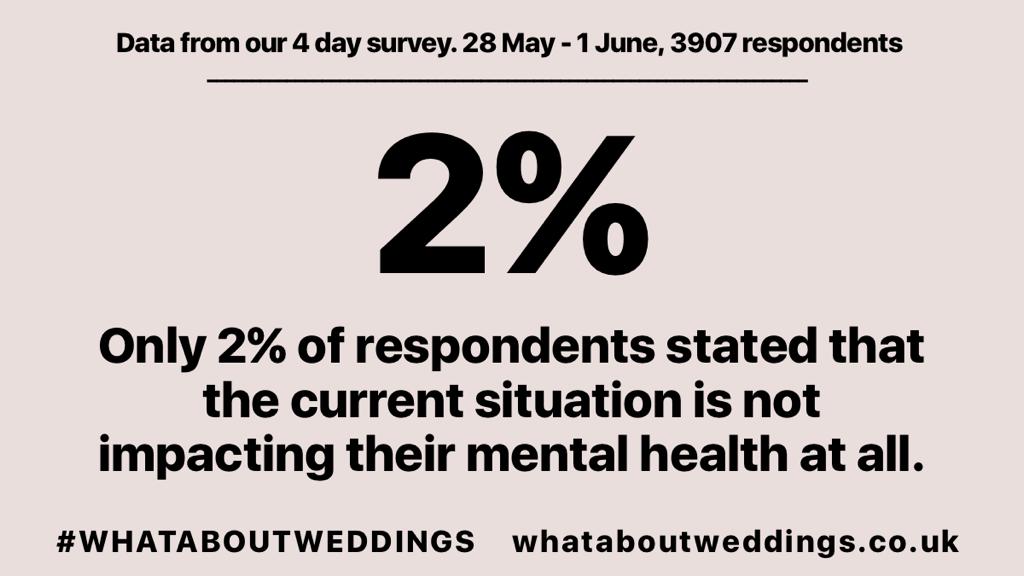 “Weddings restricted to 30 attendees are just not viable, with many suppliers reporting losses when trading at that level. While many couples have been forced to accept lower numbers over the last year, the demand for so-called micro weddings is just not there.” said Jessie Westwood, leading UK wedding planner at Studio Sorores in the Cotswolds. 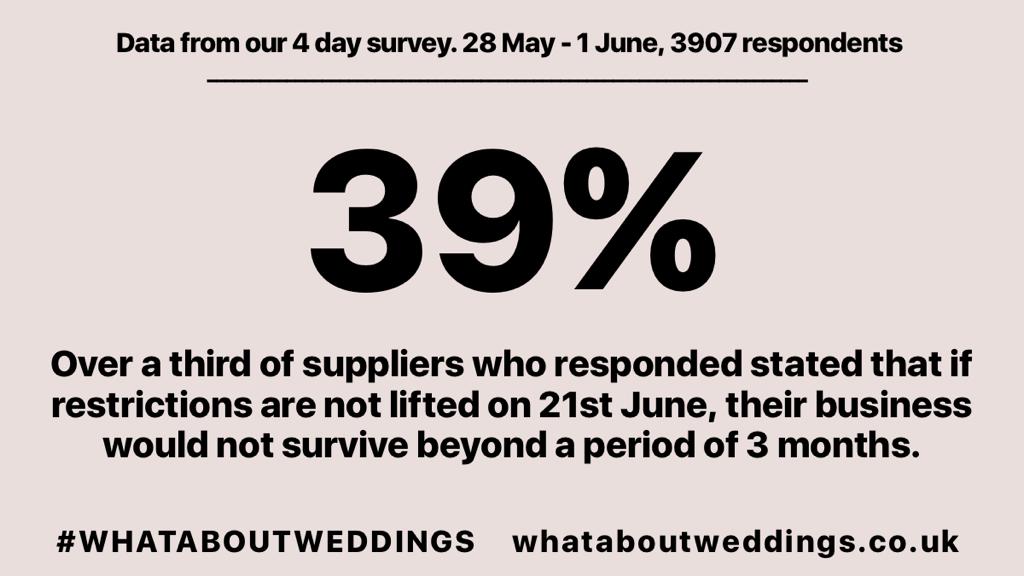 What About Weddings is now warning the government to urgently consider making the wedding industry a priority for reopening in full on 21st June or be responsible for widespread and large scale job losses and business closures.

The number of new jobs published in London continues to rise, with over 20,000 vacancies in October, marking an all-time monthly high.
Read more
BUSINESS

Design Shenzhen, brought to you by the team behind the globally revered Design Shanghai show, will open its doors for the first time ever this December
Read more