Bitcoin is one of the most well-known forms of cryptocurrency available on the market today. However, there are other options out there.

In 2011, Buterin developed an interest in Bitcoin and co-founded an online news website, where he wrote hundreds of articles about everything cryptocurrency. Later in his career, he began to code for Dark Wallet and the marketplace Egora. Over the years, he formed an idea for the Ethereum ecosystem, a platform inspired by Bitcoin. However, the Ethereum ecosystem could go beyond the financial use cases.

Two years following his initial interest in Bitcoin, Buterin released a white paper, which described an alternative platform, one that was designed for any type of decentralized application. This is because they would be accessible to a global audience, rather than just a regional or national one. It would also be free from censorship, giving users more control over their data compared to most apps available.

Ethereum was created to make it easy to create smart contracts or code that will automatically create an outcome when certain conditions are met. A year after the white paper was released, Buterin was named as a Theil fellow, winning an impressive $100,000 grant to work on Ethereum. 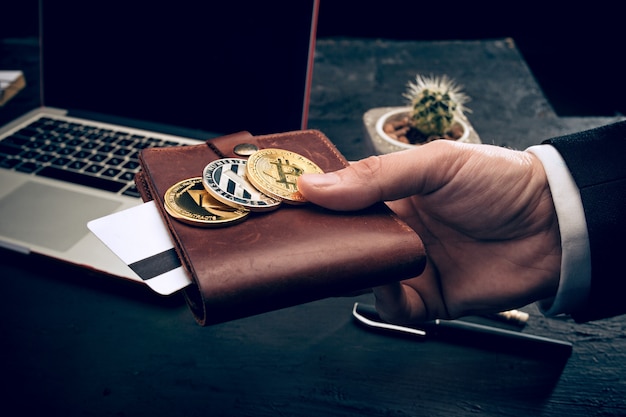 Where Ethereum Is Today

Ethereum is a blockchain platform that has its currency – Ether (ETH). It also comes with its programming language called Solidity. Ethereum is open to all, allowing users access to digital money and data services. All users are provided with cryptocurrency tokens, similar to Bitcoin, and can be used to purchase and sell goods and services.

There are differences between the two but the primary one is that users of ETH can build applications that run on the blockchain, in a similar way to which software runs on a computer.

How To Get Ethereum

Another way to get in Ethereum is through mining. Although it might not be a common route, it is an increasingly popular way investors are obtaining Ethereum. If you want to know how to mine Ethereum, Paxful has created an in-depth guide detailing everything you need to know about how to successfully set up an Ethereum mining operation. It reveals the costs and equipment involved, and what you need to get started, and what strategies you can use for Ethereum.

The Future Of Ethereum

Looking ahead, Ethereum is considered a great investment for various reasons. One of the main reasons is that you can trade Ethereum for gold, cash, and other digital assets at a low fee. Additionally, just like with traditional currencies, you can use Ethereum to handle your financial needs. It is a great option for investors as it enables easier access from traders, as well as high potential for long-term growth.

Less than a decade old, Ethereum has rapidly grown throughout the years, gaining popularity and a legion of loyal investors. With experts envisioning growth for Ethereum in the future, this cryptocurrency is not going anywhere anytime soon.

How to make friends through online chatting?

Your Expert Guide to Leasing a Car: What You Should Know

6 Campsites That Make Malaysia the Perfect Home for Outdoorsy People