Escape Studios has been commissioned by Epic Games to deliver the Summer of Unreal, a free pan-European Unreal Engine training course for 1,000 animators and CGI artists, in collaboration with a range of academic institutions and skills development organisations from across the Continent.

The Summer of Unreal will commence on 26th July 2021 and will run across four weeks in partnership with the following European institutions: 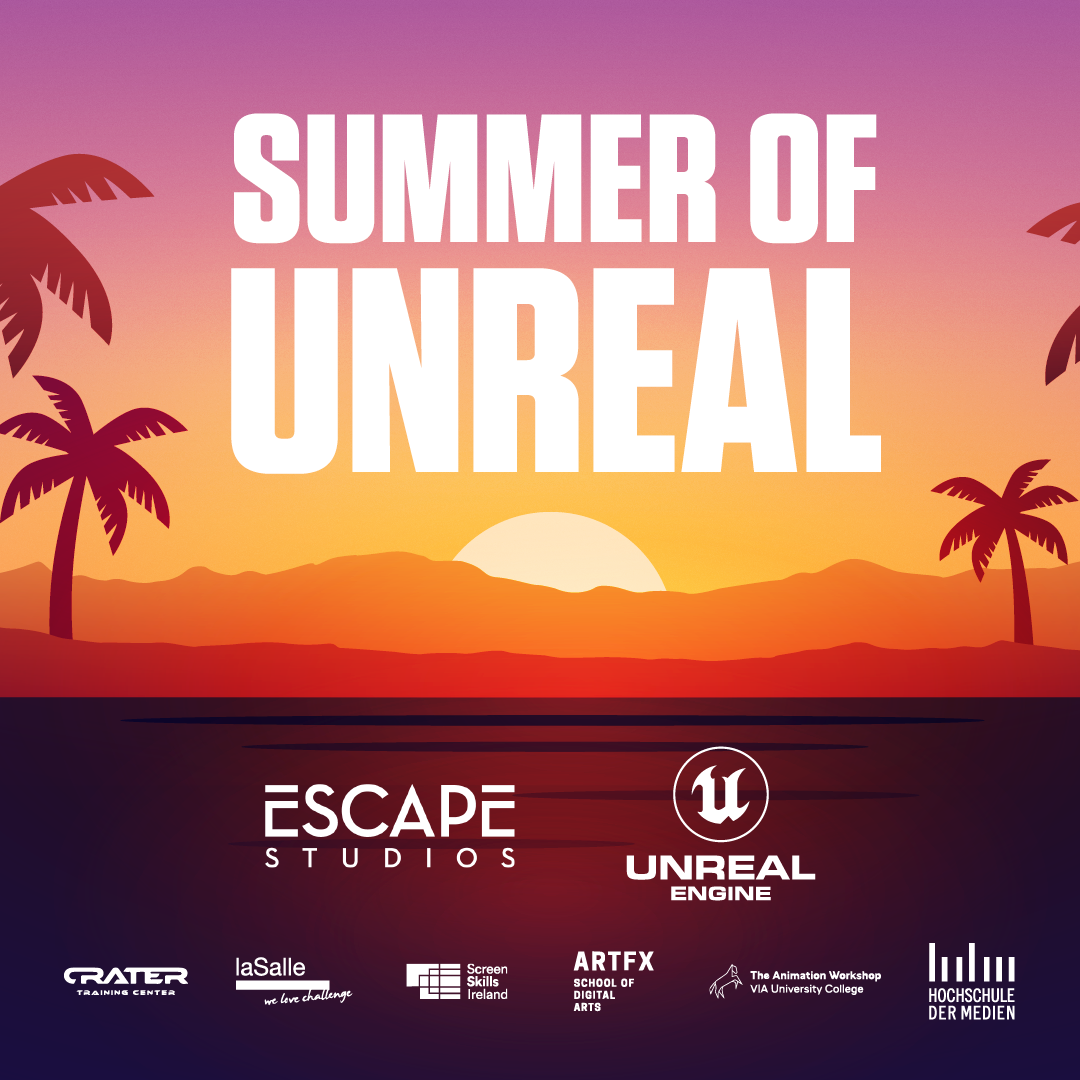 Mark Flanagan, Education Partner Manager, Epic Games said: “The Summer of Unreal is an incredible opportunity that is open to professionals in animation and VFX all across Europe, and we couldn’t be happier to invite the industry to participate. Escape Studios is a wonderful partner who, along with a number of Europe’s best animation schools, are running this programme, which is set to be the biggest Unreal Engine training that we’ve undertaken to date. We’re excited to help all learners find new ways to tell awesome stories and express their creativity using Unreal Engine.”

Saint Walker, Deputy Dean of Escape Studios, said: “The Summer of Unreal is a fantastic opportunity for animation and 3D CGI professionals across Europe to discover more about the cutting-edge technology on offer with Unreal Engine. 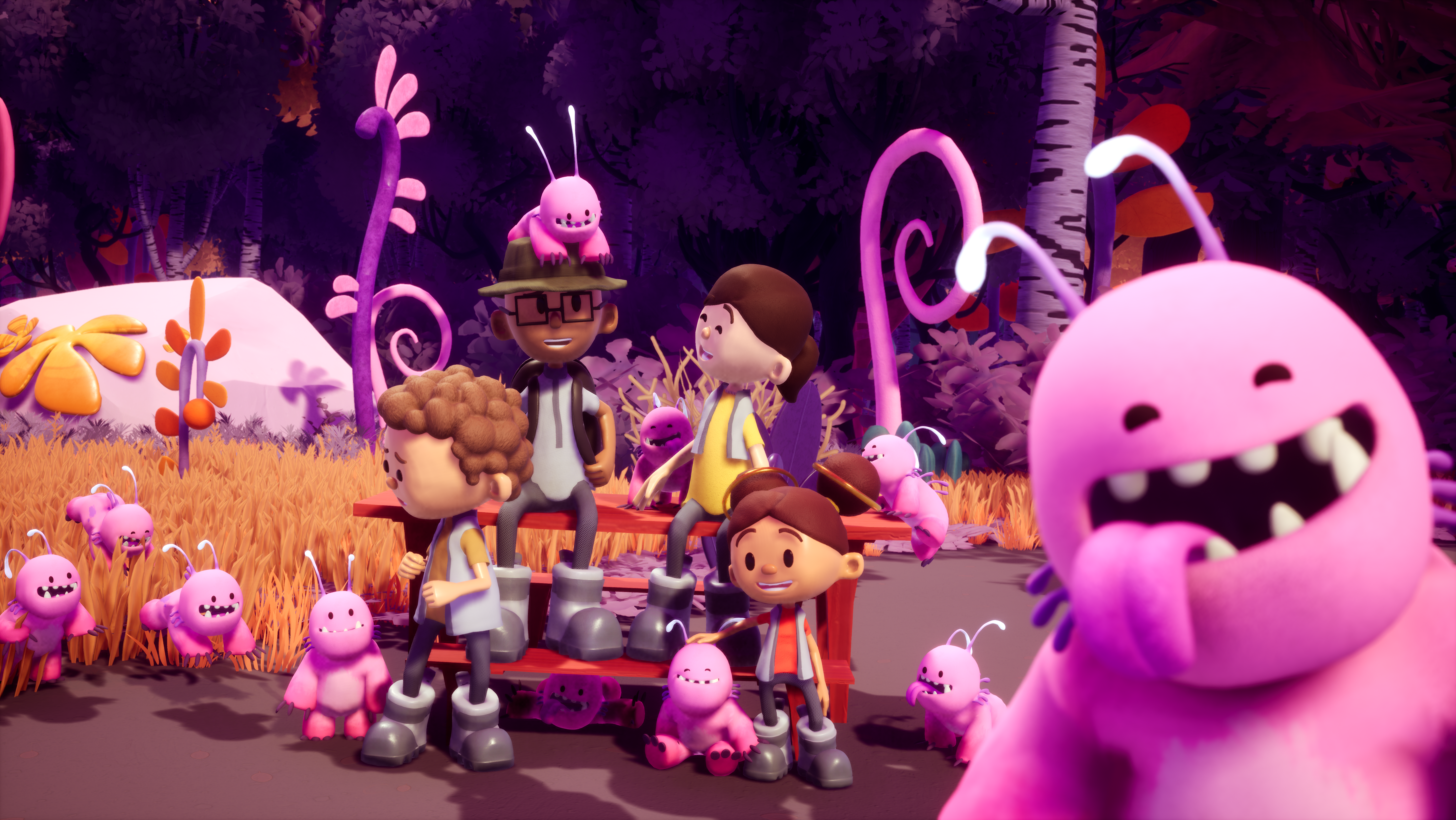 “We’ve worked with top animation companies to create a novel animation-centric way of teaching Unreal Engine, in one of the most ambitious training programmes that Escape Studios has been involved with – our vision of a pan-European festival of learning in Unreal Engine has gained us amazing academic partners in the form of some of the best animation schools in the world. We invite learners across Europe to join us. Make your summer staycation Unreal!”

The Summer of Unreal will be taught online in English and is free-of-charge to professionals working in the animation, motion graphics and VFX industry who want an informal group experience of learning Unreal Engine over the holiday period. The course will feature daily workshops covering all the major aspects of using Unreal Engine interspersed with practice time, teamwork, as well as demonstrations and masterclasses from some of Europe’s premiere companies and artists showing how they use the platform in their work.

Mark Spevick, Escape Studios’ Head of 3D VFX will be the main ‘showrunner’ for the Summer of Unreal. The unique role used in Escapes’ larger courses ensures that tutors get to hear and address the most important questions from the online shop floor through Mark’s advocacy. Mark combines teaching and programme design with senior industry experience, having worked at Peerless Camera, the production house co-owned by Terry Gilliam.

“A course such as Summer of Unreal is very welcome. Whether you look at film, animated series, or games we can all see a growing demand for rapid development and competent animators. And Unreal Engine is one particularly advanced tool and software we can’t avoid as professionals in the future. So, I am excited and happy we bring such a valuable course to professionals in our industry. By partnering with such competent institutions and studios across Europe, we have ensured that the course will deliver the best training.”

“Since its creation in 2004, ARTFX has been dedicated to training students using the latest technology and software. Beyond using this engine for our Games courses, Unreal has also been integrated into the previz pipeline for our VFX programs. We are very happy and proud to have been chosen as the exclusive French partner for this collaborative initiative.”

“Unreal Engine is a reality we can’t ignore. No longer only in videogames and recently virtual production, now more than ever the future of any visual content creation and in particular animation and VFX, must take this evolution into account. Not only in previs stage, but also in full production. This is why La Salle-URL’s commitment towards promoting state-of-the-art training along with leader institutions at a European level is reflected in the Summer of Unreal.”

“We are happy to join the Summer of Unreal as partners for Southeastern Europe, as we see this project as a great chance to upskill and connect professionals across the continent. We have spent the first part of 2021 educating university professors in Serbia in Unreal Engine so they could implement the newly-gained knowledge to their study programs and introduce the software to their students.”

“Many artists in the industry have been waiting for this course. Now the time has come. At the moment, Unreal is one of the most in-demand tools in the industry. The response to the course announcement has been fantastic. It’s just an amazing opportunity not only to get trained for free but also to be part of a most inspiring community! We are very impressed by this large-scale project and excited to be contributing.”

“Screen Skills Ireland is hugely excited to be part of the Summer of Unreal. This is a unique opportunity for Irish screen sector professionals to learn about the powerful capabilities of Unreal Engine from industry experts, as well as connect with their peers across Europe.” 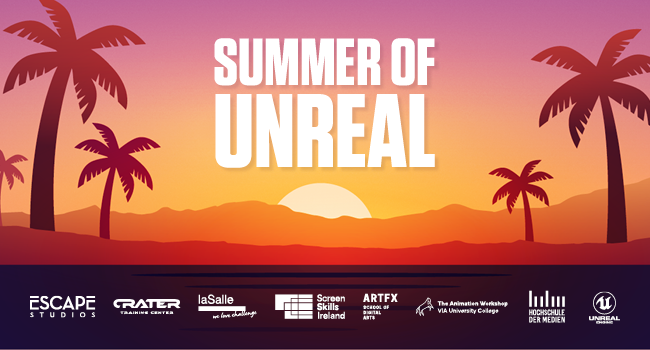 From VFX to Game Art, Animation to Motion Graphics, Escape Studios is recognised by the creative industries for helping to teach world-class talent; our alumni (dubbed ‘Escapees’) are testament to that.

Now approved and endorsed internationally as a Rookies Certified School, Escape Studios take students with raw talent and shape them into the creative professionals demanded by today’s employers. With courses developed by industry experts, you learn from the best, all delivered with an agile approach, as part of a boutique environment. Escape Studios world-class industry partners include Industrial Light & Magic, PlayStation London Studio, Framestore, The Mill, DNEG, Milk, Creative Assembly, Cinesite, Blue Zoo and MPC, while our unique partnership with Epic Games, means we’re also the UK’s only Unreal Authorized Training Center.

With a range of undergraduate, postgraduate and short courses; their focus is on ensuring all of the students leave studio-ready!