Runtown, one of the world’s biggest Afrobeats stars, today sends a special Valentine’s Day gift to his fans, with the news he is to take part in his first full-length virtual musical experience. 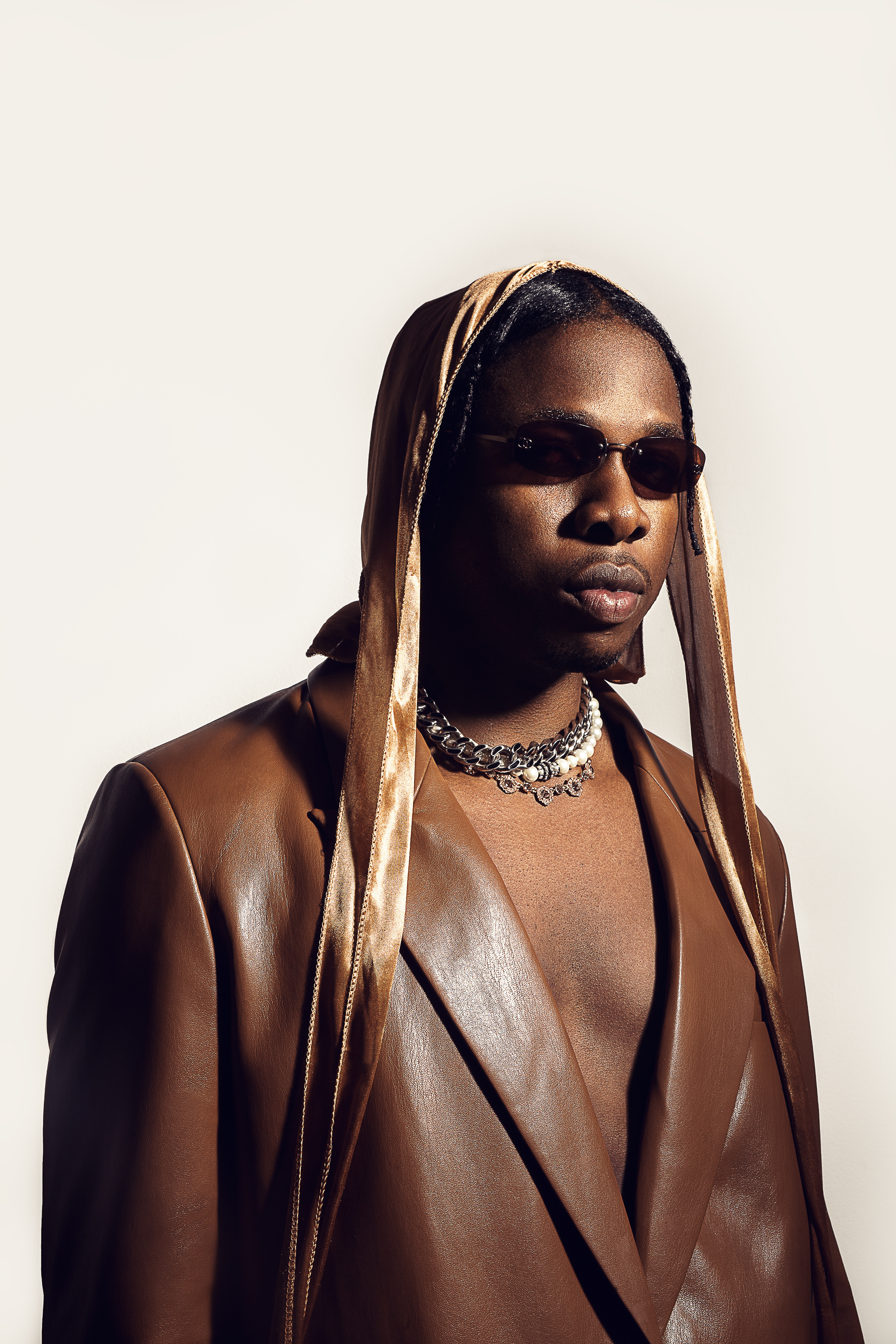 The exclusive show, the first of a unique new series featuring Black music artists, will take place on Friday, April 2nd 2021 and is being produced by Live Connections, a new entertainment brand offering a hybrid of live, digital and pre-recorded music-based content, designed for multiple platforms.

Tickets for the not-to-be missed event will be available to purchase from Monday, March 1st 2021. 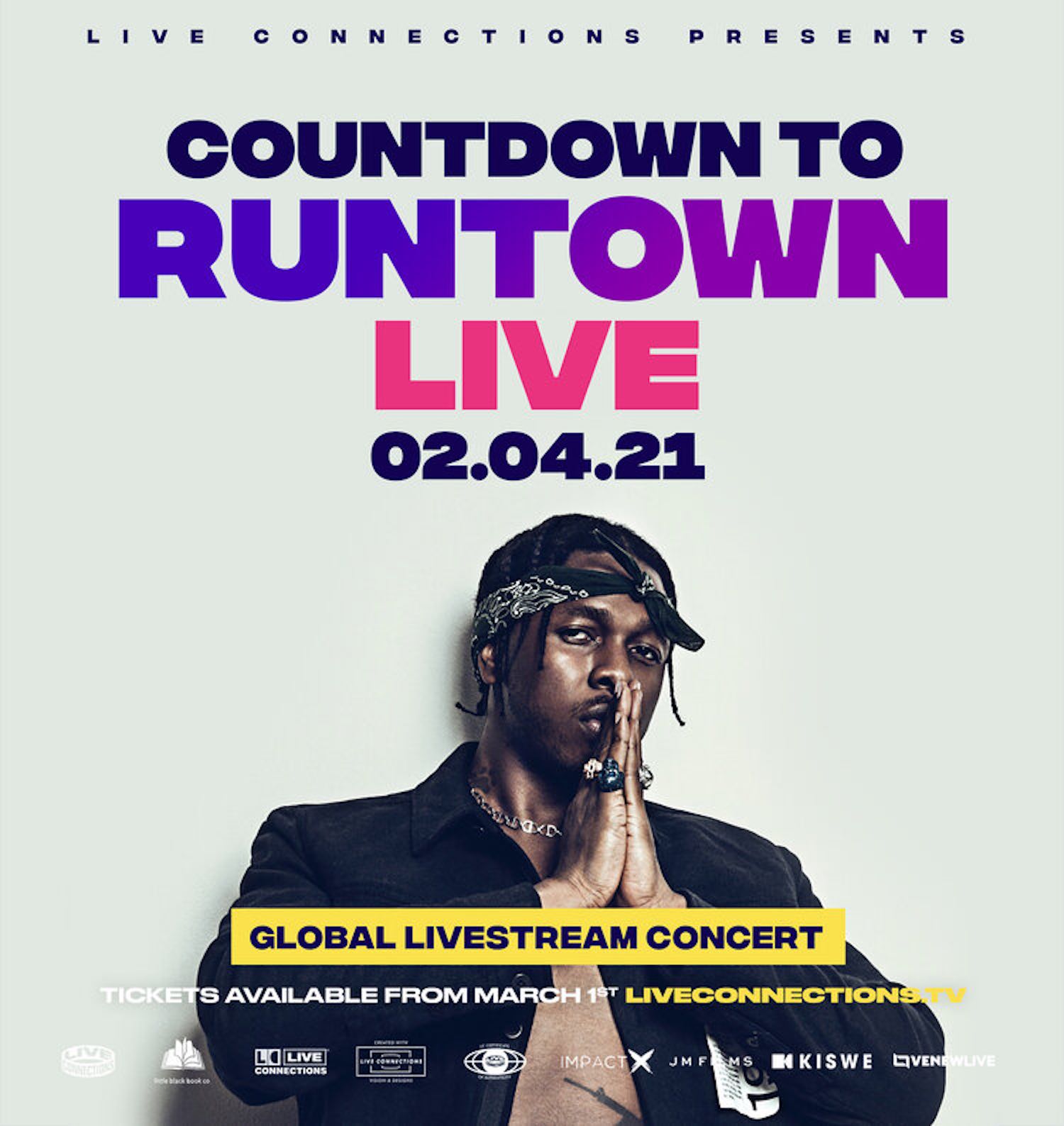 Nigerian singer-songwriter Runtown, 31, currently one of most influential artists in Africa, following huge hits such as the romantic serenades Mad Over You and For Life, and his philanthropic and social justice efforts, including his very public support of the Global END SARS movement in 2020, announced the incredible news on his social media on Sunday.

The star, who has worked with the likes of Davido and DJ Khaled and boasts nearly seven million followers on social media, said of the exciting announcement:

“This has been a long time coming. Even as the world stays uncertain, the least I can do is keep my fans positive and happy. Looking forward to the most spiritual performance I’ve ever delivered, April 2021.

“This past year has been associated with love and unity, as people have come together to support and uplift each other amid a lot of pain, and this is my contribution to my beloved fans. This is my love letter to them.”

Live Connections have teamed up with Kiswe for Runtown’s virtual experience. A world-leading, cloud based video company, creating real-time live streams to engage digital audiences, Kiswe was responsible for the technology behind online concerts held by Justin Bieber and global K-pop sensations BTS in 2020, with the latter being broadcast to over 993,000 viewers from 191 countries over two days.

Acclaimed video director Meji Alabi is on board as the principal director for the experience. The British Nigerian’s company JM Films produced a sequence of Beyonce’s visual, musical masterpiece Black is King, and he personally co-directed the video for the US superstar’s international smash Brown Skin Girl. Alabi continues to evolve his enviable portfolio, shooting  visuals for Afrobeats biggest superstars such as Wizkid, Tiwa Savage and Burna Boy. 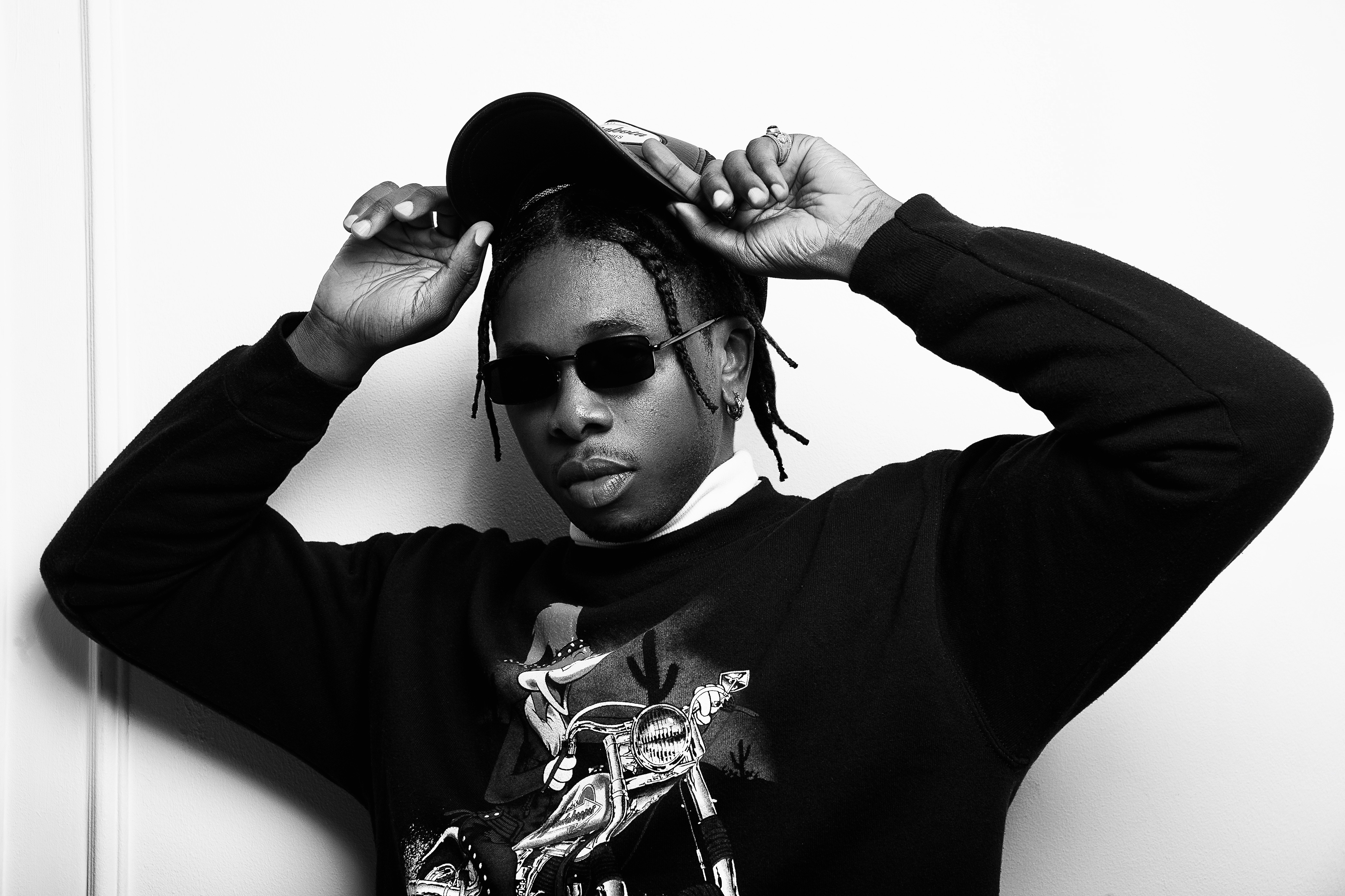 Live Connections Series Creator,  Producer and Diversity activist, Bunmi  Akintonwa said: “We are absolutely  delighted to be working with Runtown on the first  of our Live Connections  Series.   Runtown is an exceptional artist who shares our core values and desire for a better, fairer, more united  world.  We can’t  wait  to share  his  talent  and  energy with  a virtual  audience.”

Impact X Capital, which has provided funding for the show, expressed the importance of the timing of the event against the backdrop of the current world climate.

Erica Motley, Creative Partner at Impact X Capital said: “We are thrilled to be at the centre of two major trends, the live streams alternative to concerts  after lockdown and the international rise of Afrobeats artists throughout the diaspora.

“As an alternative to concerts during worldwide lockdown, live streaming is the future of concerts. There is no better time to partner with Runtown’s  unique sound as he crosses into the global cultural mainstream. Runtown presents a chance to spotlight  the  best of Africa providing a global platform for an exceptional  world-class  Afrobeats artist.”

More information on tickets and available merchandise can be found online.

Barbarian Fit is on a mission to help get Nerds, Gamers and Geeks level up their Fitness from Home

The Barbarian Fit app is taking the fitness world by storm and was recently ranked the number 1 Fitness App by review website ReviewRumble.
Read more