Escaping to the 1950s was the perfect antidote to turbulent Covid times for crime author, Pauline Rowson as she wrote the third Inspector Ryga mystery, DEATH IN THE NETS published in paperback and as an ebook on 4 October 2021.

DEATH IN THE NETS is set in January 1951 in the small fishing town of Brixham in Devon, England where the body of a man stabbed through the heart is found tangled up in fishing nets. After a series of startling revelations, Scotland Yard’s Inspector Ryga is tasked to discover why the dead man who left the town eleven years ago has returned and why someone hated him enough to murder him. 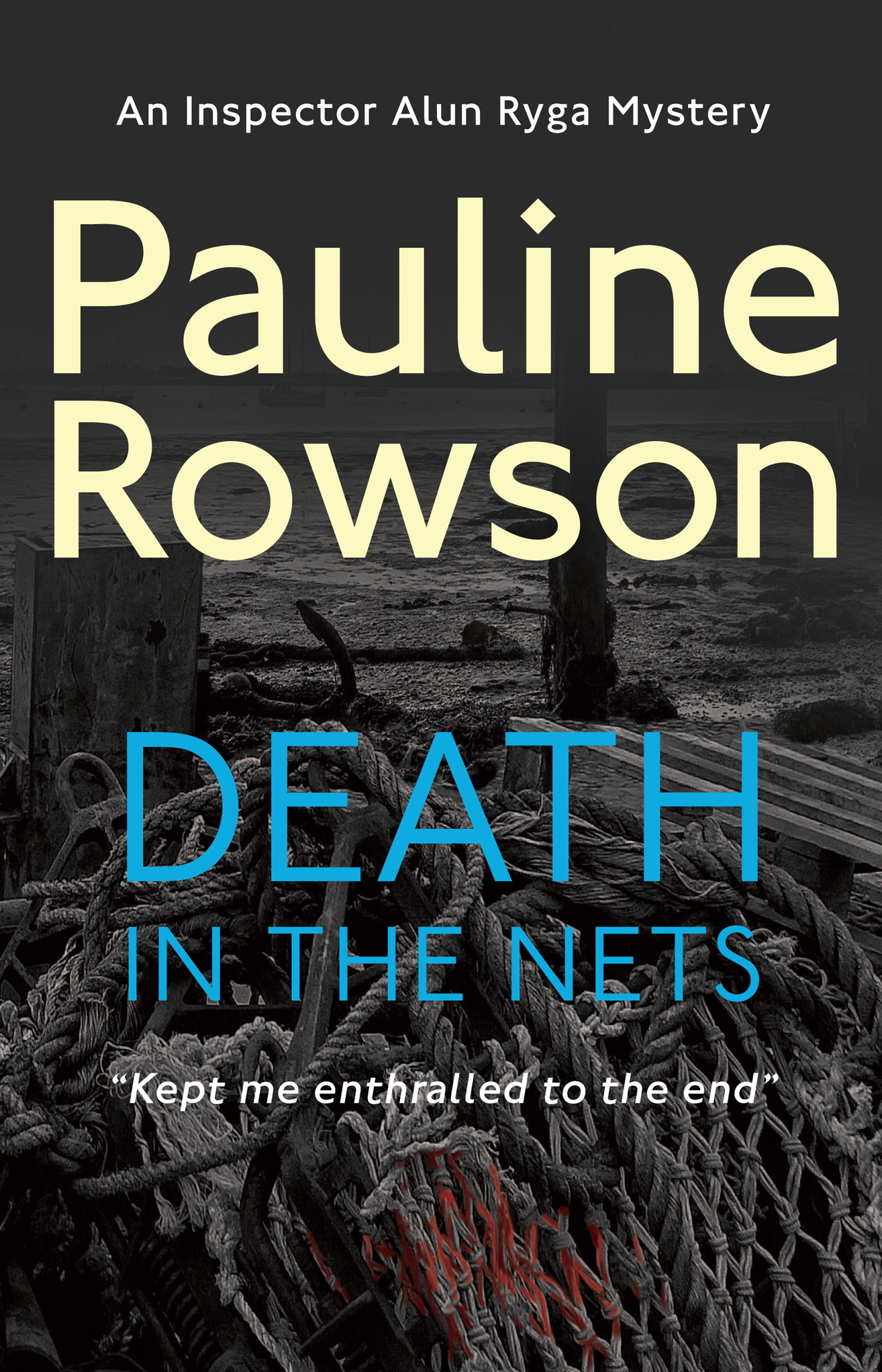 Pauline Rowson says, ‘It was great to take refuge in 1951 writing my crime novel and escape all the depressing news on Covid, but it wasn’t exactly a picnic back then. Housing was in dire supply with people living in Nissan huts on disused airfields and abandoned army camps, in converted torpedo boats, old houseboats, railway carriages and shacks. There was still rationing on some foodstuffs, an acute shortage of many consumer goods, make-do-and mend was very much the order of the day and black marketeers flourished. Added to that there was war in Korea, and the cloud of nuclear war hanging over everyone. Life was pretty tough for many including my fictional sleuth, Inspector Ryga.’

More used to writing contemporary set crime novels Pauline Rowson is the author of the critically acclaimed crime series featuring the Harley Davidson-riding, sailing Portsmouth detective, DI Andy Horton. There are fifteen in the Horton series which has been hailed in the USA, the Commonwealth and the UK as ‘compelling’ ‘multi-layered’,’outstanding’, and ‘exemplary police procedurals’. They have also been translated into several language and have garnered interest from television. Rowson is also the author of the mystery thriller series featuring former Royal Marine Commando, Art Marvik who is engaged to work undercover for the UK’s National Intelligence Marine Squad. All Rowson’s marine mystery crime novels are set against the back drop of the sea in the UK.

DEATH IN THE NETS is the third Inspector Ryga 1950s set mystery with DEATH IN THE COVE the first, set in Portland, Dorset and DEATH IN THE HARBOUR the second, set in the port of Newhaven, East Sussex.

Pauline Rowson adds, ‘In the 1950s there were no specialist crime scene officers, no rushing about in fast cars, no mobile phones, no central databases or DNA so it was very different to research and write compared to my contemporary crime novels. Scotland Yard detectives were often called in to help investigate crimes around the country.’

Rowson’s Inspector Ryga is ex Merchant Navy and a former German prisoner-of-war. In the novels he teams up with former war photographer, Eva Paisley to solve baffling coastal crimes.

Living on the South Coast of England, on Hayling Island, Hampshire, Pauline Rowson says, ‘It’s great to get into the mind-set of the era and research the period. Younger readers love the retro vintage feel of the novels and some find it hard to believe there was life without mobile phones and the internet! Older readers have told me how true to life the novels are. I believe there is a great demand for nostalgia at the moment. I thoroughly enjoy researching and writing this mystery series, and I’m currently working on number four.’