Why Celebrity School Visit Was Extra Meaningful For Headteacher

A TAMESIDE headteacher whose child was diagnosed with leukaemia during the height of lockdown was surprised with a special visit from singers Max and Harvey.

Pupils and teachers at Broadbent Fold Primary School and Nursery won a special competition run by Royal Manchester Children’s Hospital Charity to receive a visit from the The X-Factor: Celebrity stars and presenters of CBBC show FOMO before Manchester and surrounding areas moved into Tier 3 back in October.

Schools who took part in the Charity’s sponsored dressing up day “Be Seen in Green….or Blue!” were all put into a raffle with a chance to win the visit. Broadbent were the raffle winners and the visit was able to take place with all social distancing measures and precautions taken – each year group bubble took turns to watch Max and Harvey perform and then ask questions of the twin teenage TV and YouTube stars. 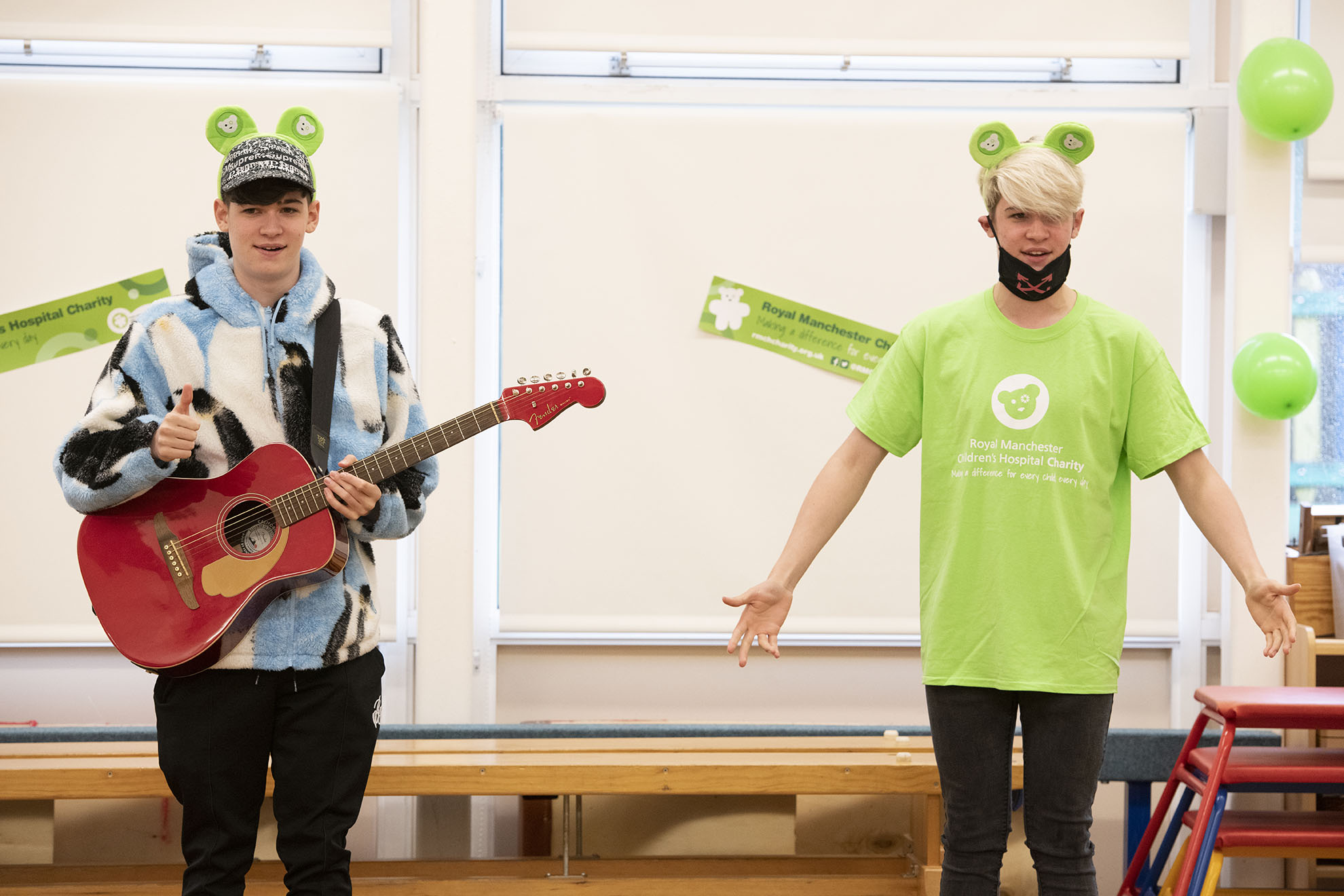 But the visit was extra special for headteacher Catherine Parker, whose own daughter Esme has spent most of lockdown in Royal Manchester Children’s Hospital and even celebrated her first birthday on the oncology ward.

While Catherine was busy re-organising the school and staff so they could offer virtual learning for most students and classroom learning for children of key workers, her daughter Esme spent her time on Ward 84, with Esme’s father Philip staying with her.

“We were apart for so long, it was awful,” said Catherine. “And then July came around and Esme celebrated her first birthday on the ward – just a strange way to celebrate turning one. 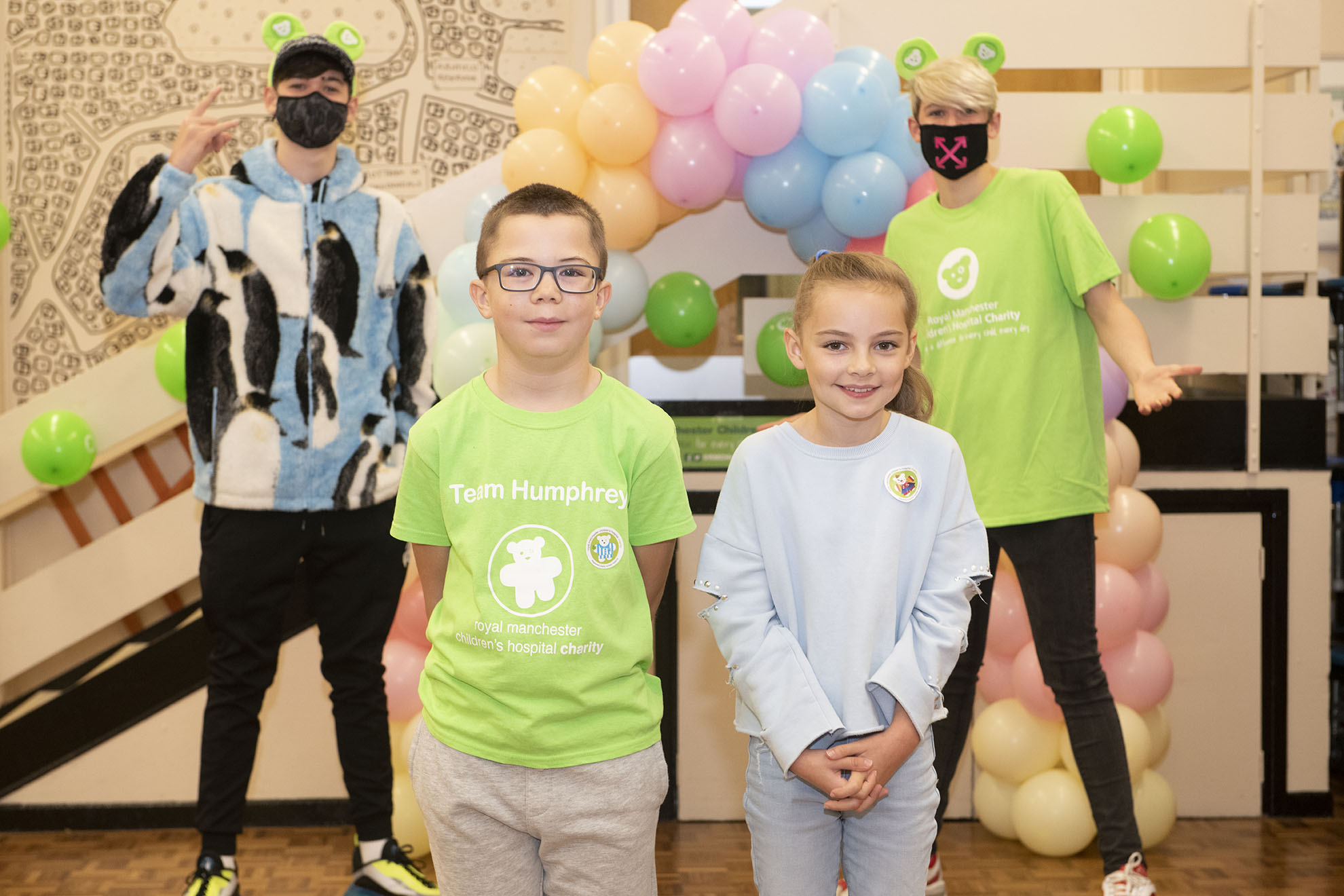 “Our family was literally pulled apart by everything that happened. I definitely couldn’t do this year again. What we’ve been through has just been phenomenal.

“But the difference the hospital made to Esme was just amazing. I won’t ever forget the ward play leader Sophie taking Esme and I up to the roof play area one day. Just being outside with her made a huge difference. Sophie was chasing her around and Esme was giggling away – it was a fantastic experience amidst all the chaos. All the staff on Ward 84 felt like family. 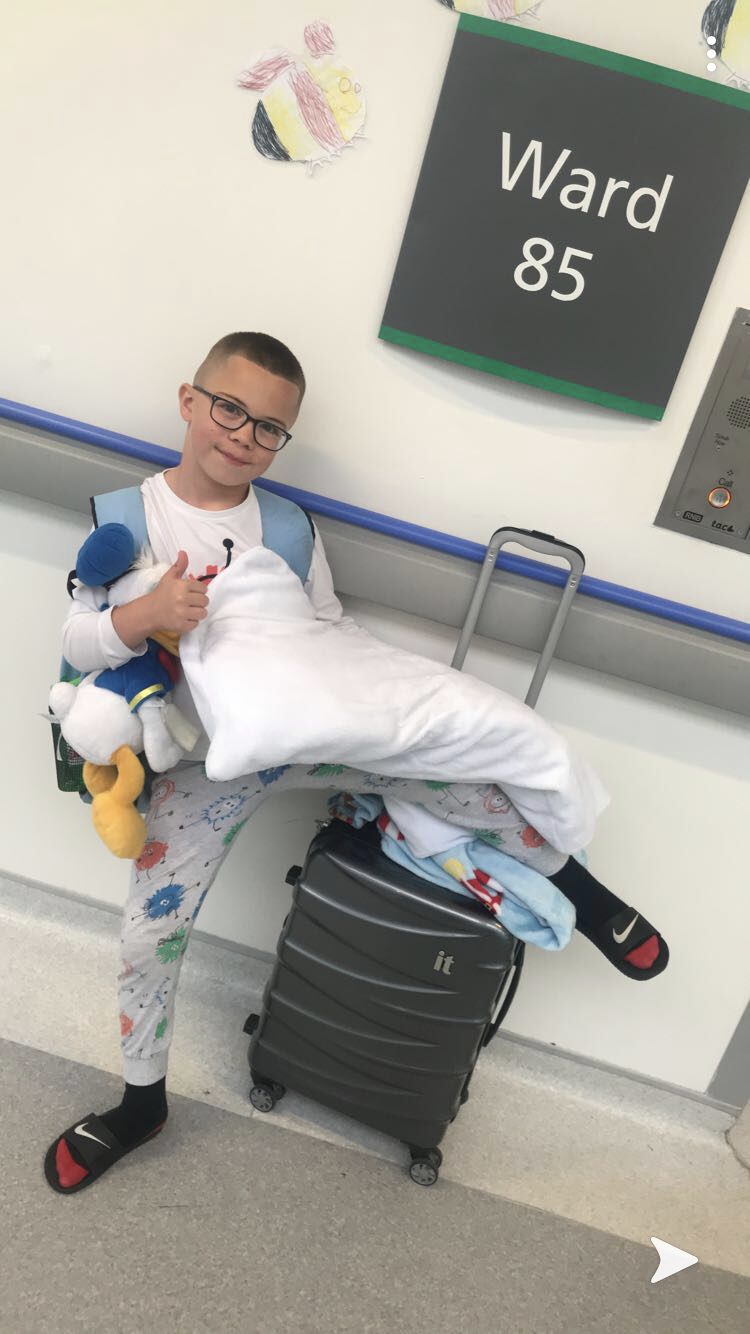 “Esme made a lot of friends on the ward – you are all on your own journey but you know what each other is going through.”

In March 2020 the country had gone into lockdown and Catherine was kept busy teaching key worker children at school while some of her colleagues set up remote learning from home. A few weeks later in April, Esme and Catherine found themselves at Tameside General where a consultant told them Esme had cancer. She was just nine months old when consultants broke the news it was Acute Myeloid Leukaemia.

“She’d started out with little pin-prick sized bruises all over her body,” explained Catherine. “She then started getting really pale and coughing up blood, so rather than looking it up on the internet and trying to second-guess things we just went straight to A&E at Tameside General. 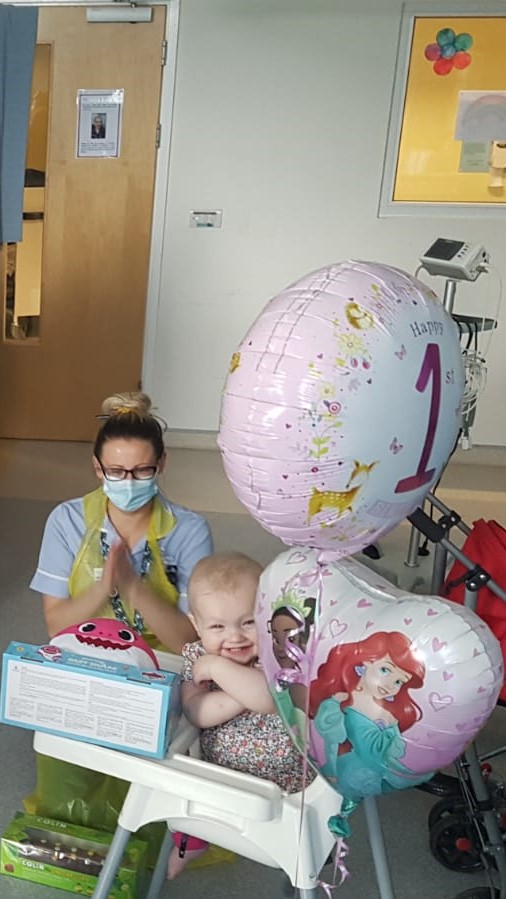 “Within an hour they knew it was leukaemia and we were straight off to Royal Manchester Children’s Hospital. The consultant there told us ‘we have caught it and we are going to get her better’. We had no clue what was going on and everything was happening so fast so that was exactly what we needed to hear.

“That same day she started treatment and had surgery to see how much cancer was in her body. She was so tiny that afterwards, when they went to put in the cannula for her Hickman line*, they had to put it in her head.”

Philip remained on the ward with Esme while Catherine and their son Henry, eight, were at home. There was a period of almost a month where they couldn’t see each other at all, but then Catherine and Henry were allowed to meet Philip in a café or outside the hospital. 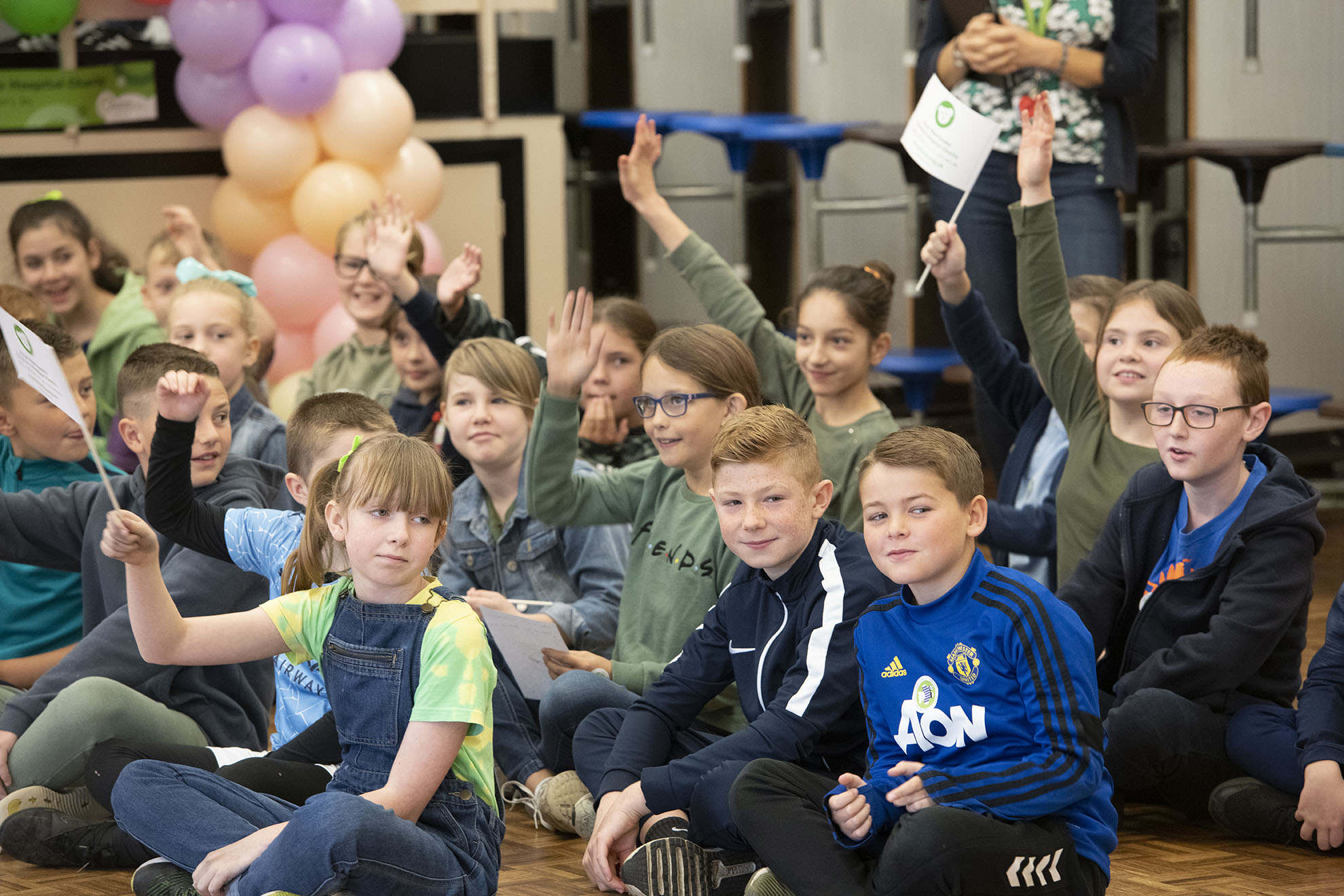 Now Esme is back at home with her family and, although she didn’t attend the Max and Harvey performance herself, the twins gave Catherine a signed photo to take home.

But, one youngster who was able to meet the duo was pupil Riley Chambers. He too has a special connection with Royal Manchester Children’s Hospital, as he regularly finds himself on Ward 85 receiving treatment for his bronchomalcia.

Riley was diagnosed with bronchomalcia when he was a baby. The condition is a weakening of the cartilage in the walls of his bronchial tubes. This can often result in recurrent bronchitis, respiratory tract infections and chronic coughs which often see Riley hospitalised for treatment. 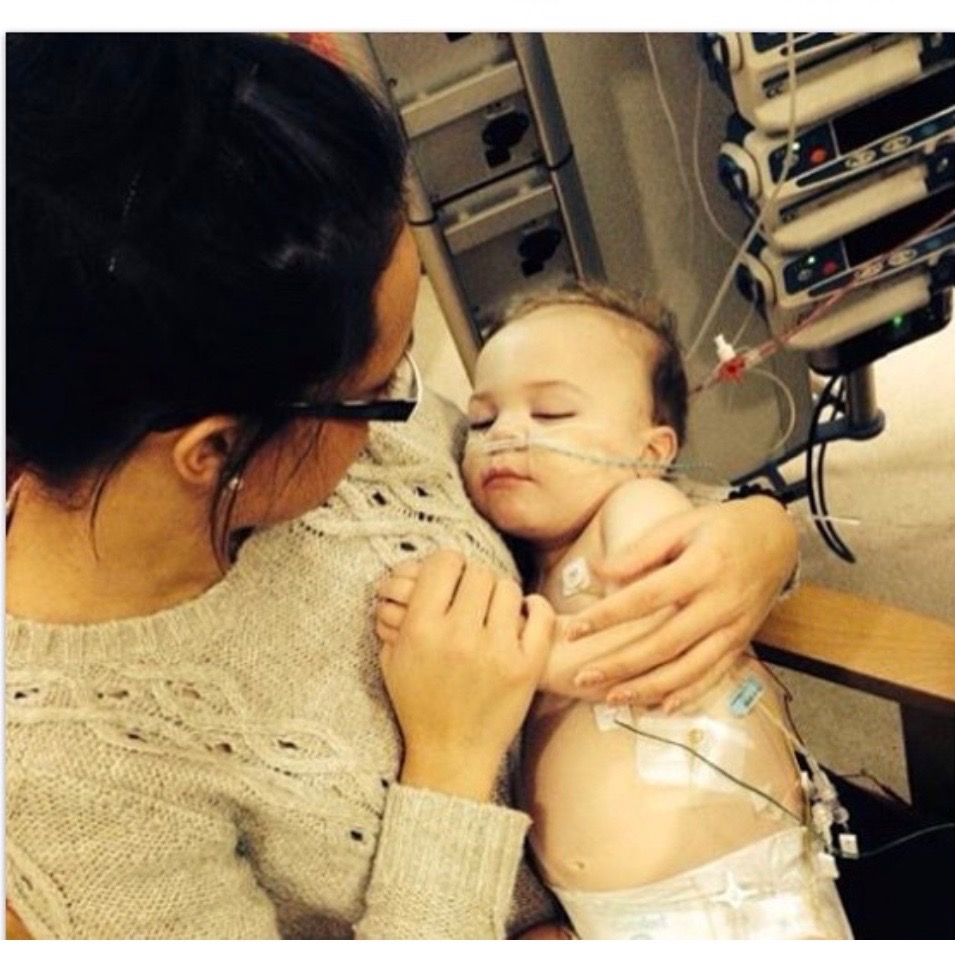 His mum Meredith said: “Riley was actually in hospital two days before the Max and Harvey visit took place – but he was back at school in time to meet them. I was glad he came back in time as he was so excited.

“As Riley is such a regular visitor to the children’s hospital, they all know him really well on Ward 85. He loves dancing and is always chatting away to the staff.

“He watched some videos of Max and Harvey on The X-Factor: Celebrity before the visit so he was super excited by the time they arrived.”

Pupils and staff at Broadbent Fold Primary School and Nursery raised an amazing £345.39 from Be Seen in Green…Or Blue! with the students really getting into the spirit of the sponsored dress up in blue or green theme. In total, the campaign, which saw more than 30 schools take part, raised more than £4,000 so far. However money is still coming into the Charity so the final figure could be a lot more. 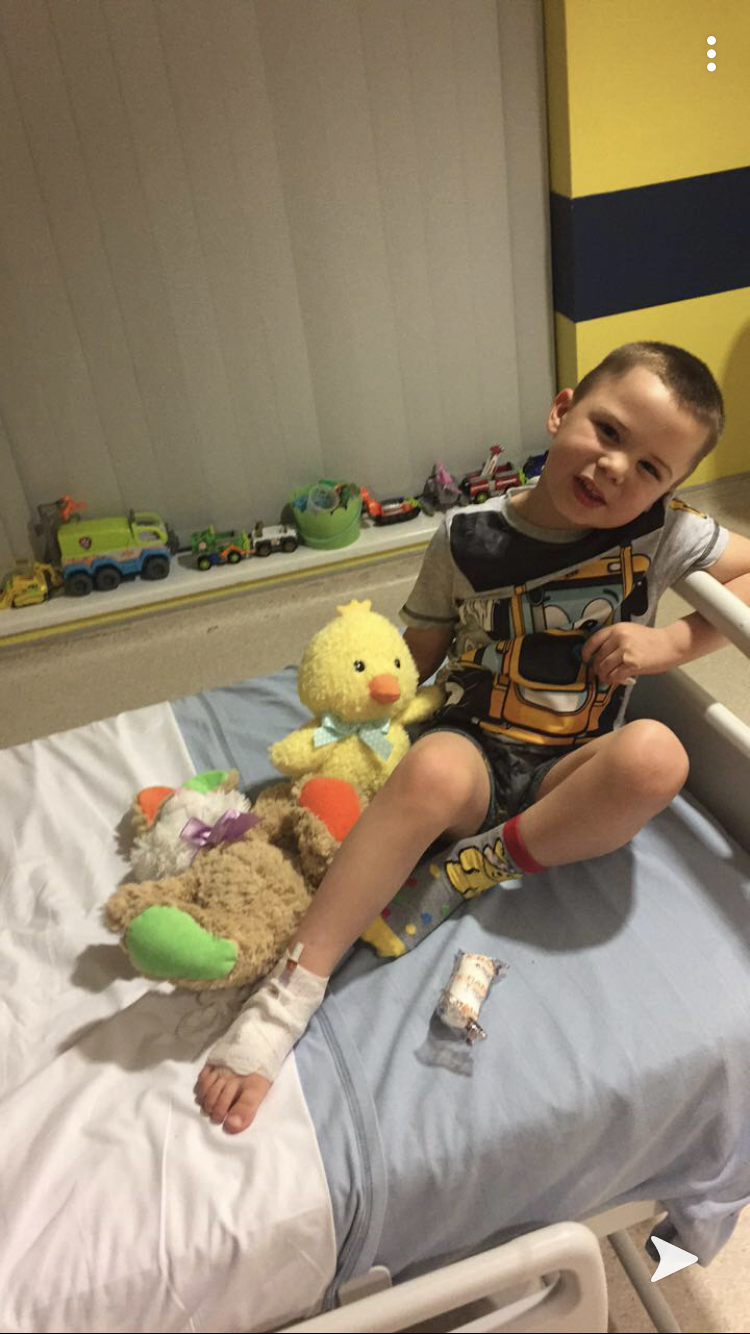 Max said: “It was so fun seeing all the children and being able to perform – we obviously haven’t been able to do many live events this year so this made a nice change.”

Harvey added: “We’ve been big supporters of Royal Manchester Children’s Hospital Charity for a long time and we were so pleased they asked us to become Charity Patrons earlier this year. We just can’t wait for the day when we can come see the children on the wards again.” 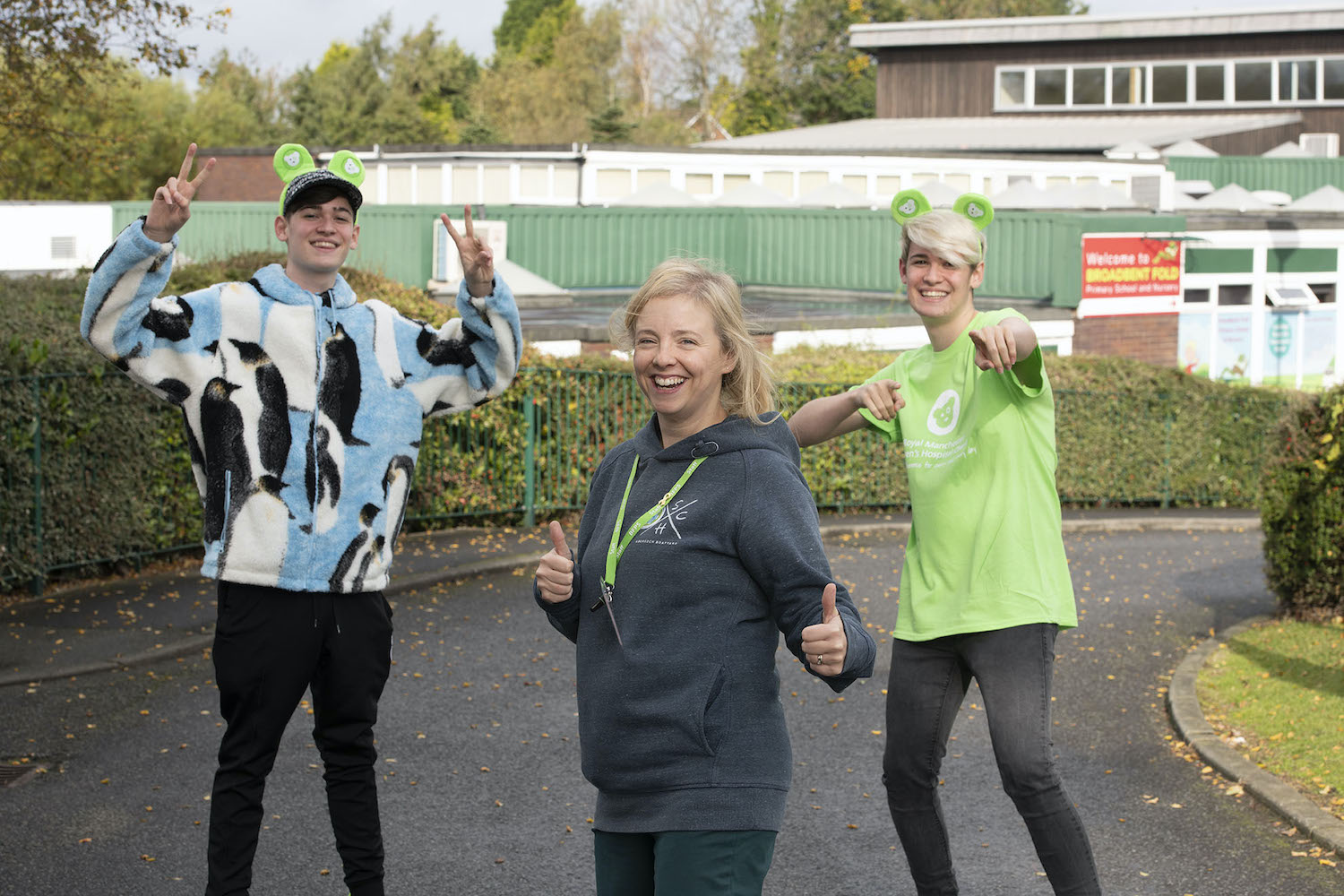 Royal Manchester Children’s Hospital Charity fundraises throughout the year to support the treatment, research and care of young patients treated at the children’s hospital in Oxford Road, Manchester. The hospital sees more than 280,000 patients per year and takes in patients from across the North West and beyond.

To find out more about supporting the Charity, buy your Christmas Cards or sign up to one of the organisation’s virtual Christmas events visit www.rmchcharity.org.uk

Despite the impact Covid-19 has had on recruitment activity, professional interim vacancies fared particularly well throughout the first three months of 2021
Read more
BUSINESS

Parvati Foundation is delighted to announce that its founder, creative director and CEO, the musical artist Parvati
Read more
Fashion

helping to protect the planet, by purchasing a pair of high quality seconds or ex-display trainers that can cost up to 60 per cent less than a perfect pair.
Read more
Home

What You Should Know about the Grading of Oak: Type, Product, and Quality

Here’s what you should know about the grading of oak: type, product, and quality.
Read more

The Advantages of a Contract Packing Service: What You Should Know