The O2 in London has become the first venue in the world to install ground-breaking wind turbines. The trial which is a collaboration between AEG, Crosstree Real Estate Partners – who in partnership with AEG, own and operate Icon Outlet and the Entertainment District at The O2 – and British start-up Alpha 311, aims to support the venue’s plans to achieve net zero goals.

The O2 is the world’s most popular music, entertainment and leisure venue and has been visited by over 100 million people since opening in 2007. Playing host to over 400 events a year, The O2 is home to The O2 arena which is globally recognised as one of the world’s most iconic venues to play, and club sized music venue indigo at The O2. A full day-out destination, there’s plenty to explore at The O2 including Up at The O2, a climbing experience across the world famous roof; Icon Outlet, one of London’s most exciting retail destinations with up to 70% off 60 superstar brands; TOCA Social – an interactive football experience; Cineworld, London’s largest cinema with 19 screens; the 12-lane boutique Hollywood Bowl; Oxygen Freejumping trampoline park; immersive dining experience Mamma Mia! The Party; interactive photo experiences Selfie Factory and Tikky Town, and over 30 bars and restaurants. Located just 15 minutes from Central London, The O2 is easily accessible via road, tube, bus or Uber Boat by Thames Clippers.

Three of the turbines, which have been created in The O2’s brand colours, have been erected on top of one of The O2’s iconic cylinders, with a further seven being installed in the coming months.

Collectively, the 10 turbines could produce up to an estimated 87,600 kWhs a year, which is equivalent to the total electricity used annually by 23 British homes, providing locally-generated renewable energy to the restaurants and shops at The O2. While this is overall a small portion of venues energy needs, it’s an exciting new step into the future of local and distributed 100% carbon free electricity generation.

Lee Lacey, Facility Director at The O2, said: “Working with Alpha 311 plays a part in our plans to achieve a net zero goal and we’re hopeful that the trial will be a success so we can install the remaining turbines and continue with our commitment in reducing our environmental impact.” 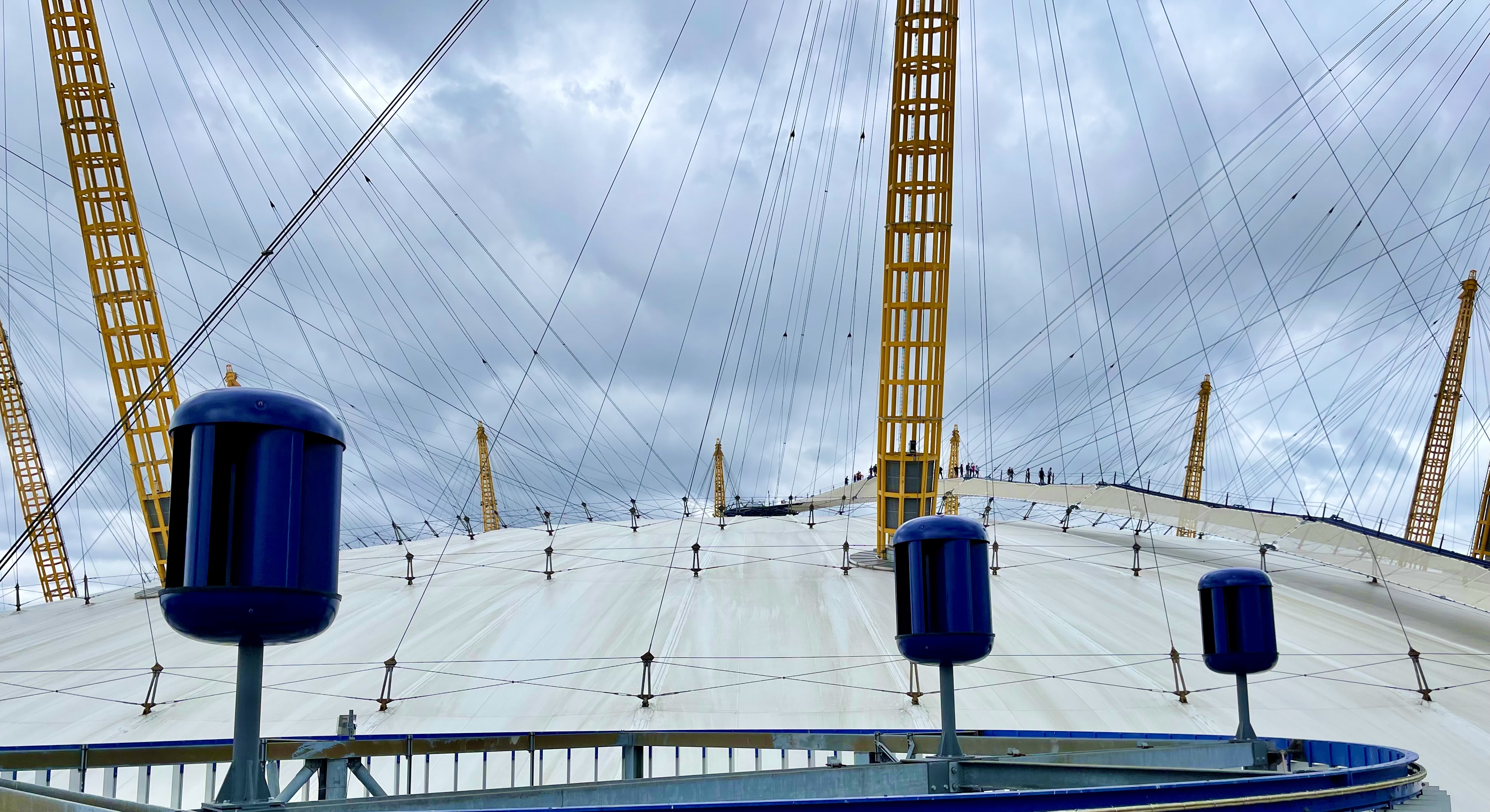 Alpha 311 CEO Barry Thompson said: “We’ve gone from announcing this collaboration to having the turbines there for the public to see in less than seven months. Given the challenges the world is facing, what the team has achieved in such a short space of time is astonishing. We continue to be hugely grateful for the support of The O2, AEG and Crosstree Real Estate Partners.”

Over 9 million people visit The O2 each year and with sustainability a major focus and main pillar of the venue’s Good Vibes All Round initiative – a platform for sharing The O2’s actions to fans, bands and brands – the venue continuously looks for ways to maintain a reliable supply of 100% carbon-free electricity. 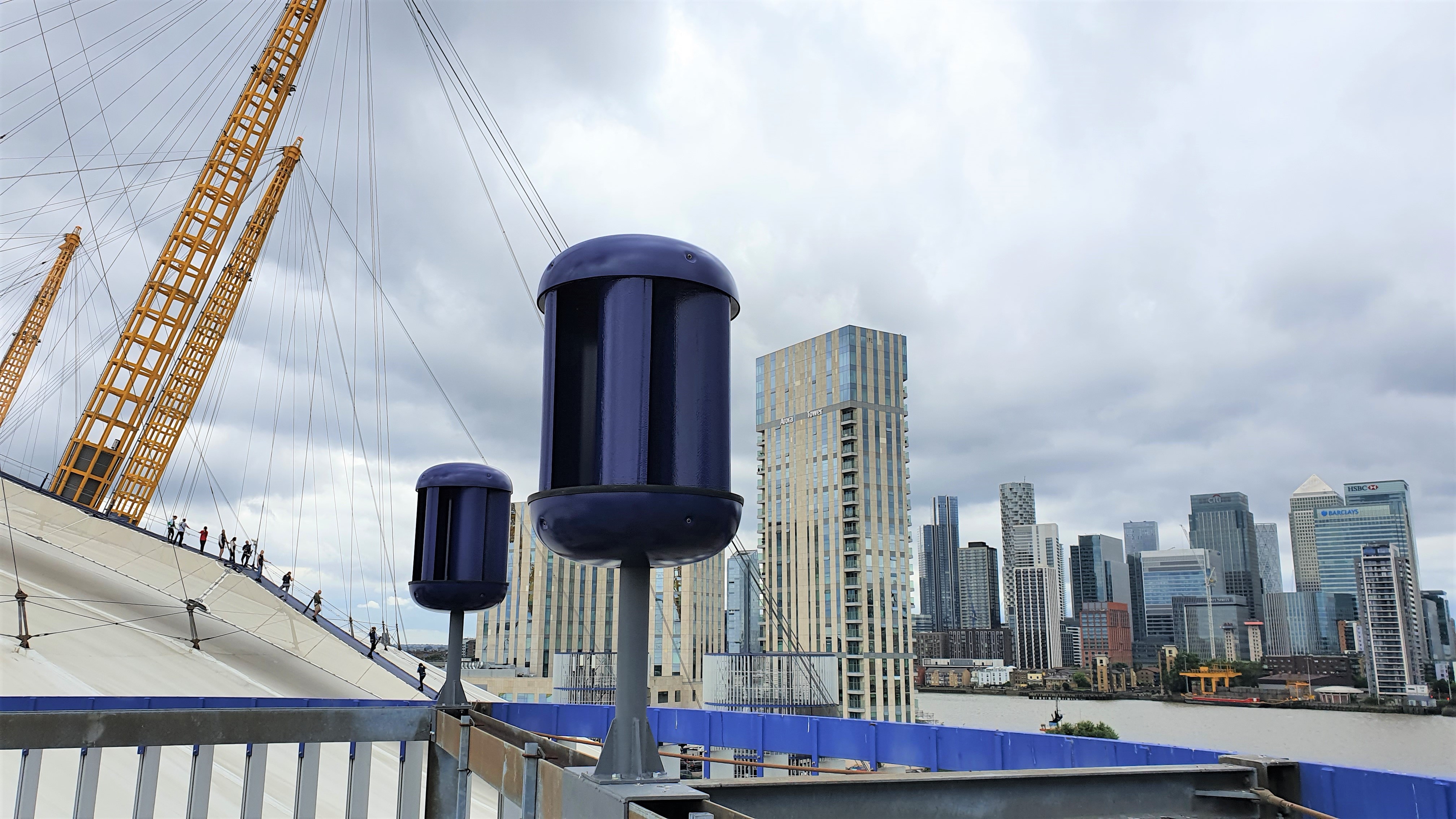 At The O2, a state-of-the-art waste compound, green cleaning program, ongoing energy reduction projects and on-site Wormery and Eco-Digester are just some of the actions in place that have contributed to a 40% reduction in transport to site and less than 1% of waste going to landfill per year, and The O2 has surpassed its waste, water and greenhouse gas emissions targets every year since 2010. The venue has been procuring green electricity for the entire site since 2015 and this has had a significant impact on reducing GHG emissions by around 6,000 metric tons each year.

Since announcing this collaboration in April, Alpha 311 has been inundated with enquiries from businesses, governments, prospective customers and potential investors, from more than 170 different countries. 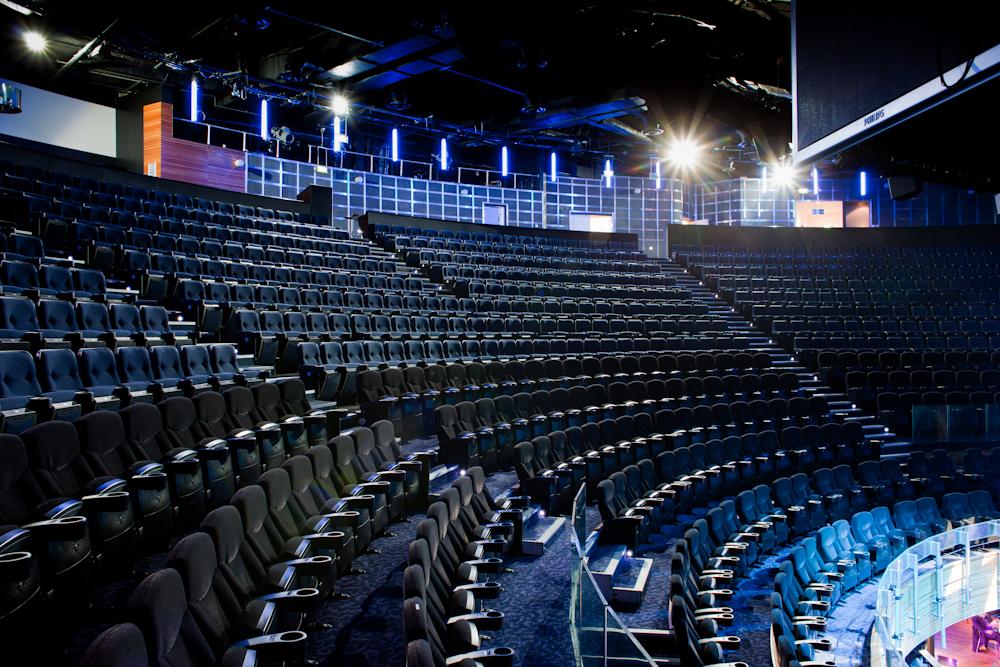 The turbine blades are made from recycled plastics, and have a protective carbon-fibre skin. Inside is a suite of sensors that monitor each turbine’s performance, as well as external information, such as air quality and wind speed. The installation of public test units is a major step forward for the British start-up, and marks a year of significant progress.

The Alpha 311 team is simultaneously working on a further 54 turbines for New York company, Green Asphalt.

Alpha 311 is Britain’s most innovative wind energy company. Its unique vertical-axis wind turbines (VAWTs) are smaller, cheaper and more efficient than traditional turbines. The blades are built from recycled plastics and are themselves fully recyclable. The turbines can be retro-fitted to existing infrastructure (e.g. lighting columns), and so are easy to install. They reduce transmission costs by producing energy close to where it’s needed. The company has placed a focus on local communities, by pledging to power street lights for free and to give away a portion of energy generated so it can be used for schools, hospitals, and other public amenities. Ex-BBC and ITV anchor Sir Martyn Lewis CBE sits on the board, while Vodafone founder Sir Julian Horn-Smith is the company’s chairman.