As Britain left the EU, one British charity started up a brand new affiliation with French charity to highlight laying hen welfare.

A UK Charity, The British Hen Welfare Trust (BHWT) has announced its affiliation with a newly-formed French animal welfare charity, Champs Libres aux Poules (CLaP), to further its mission to improve hen welfare in the commercial egg laying sector and to find pet homes for commercial laying hens that would otherwise have gone to slaughter in France. 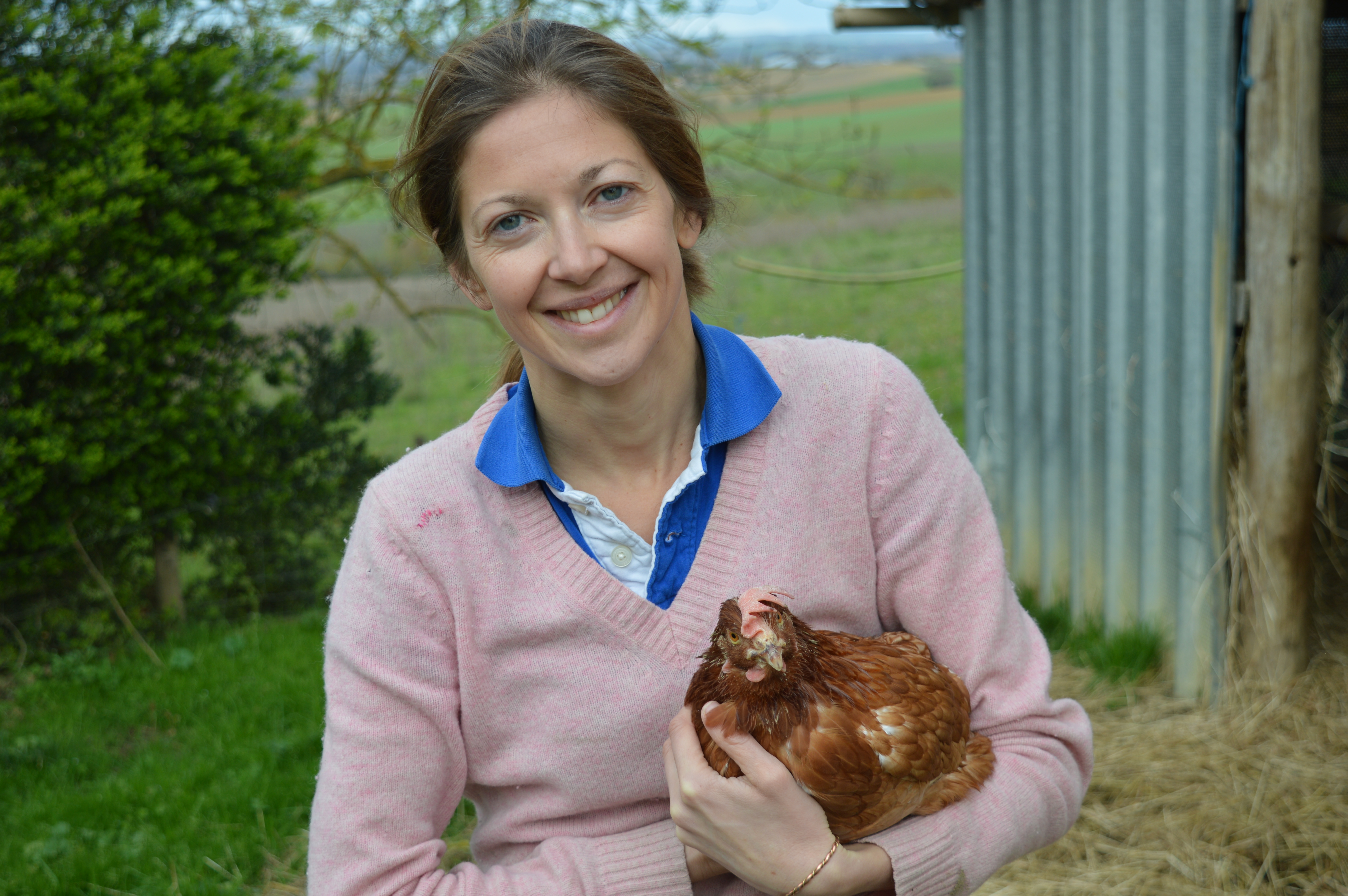 The British Hen Welfare Trust [BHWT] has been rescuing hens from slaughter and rehoming them throughout the United Kingdom since 2005. Working closely with leaders in the egg industry, the BHWT designed and developed the original rehoming model, and has rehomed over 820,000 hens to date.

Jane Howorth MBE started the British Hen Welfare Trust in 2005 after seeing a Panorama documentary on factory farming. Howorth decided to take up the cause of commercial laying hens, which she considered to be the most under-valued animals in the food chain. Her goal was to influence and educate consumers about farming systems whilst working alongside the British egg industry, as well as to rehome commercial laying hens as pets which would ordinarily have been sent to slaughter at 72 weeks old. Howorth’s work around hen welfare helped to bring about an end to battery cage farming in the UK in 2012 and in 2016 she was awarded an MBE for her efforts. Now she has helped set up the newly formed charity called Champs Libres aux Poules in Gers, France, to roll out a similar hen welfare programme in the country that is currently the EU’s largest egg producer.

France still allows old-style battery farms to operate flocks of less than 350 birds, but with French public opinion on animal welfare turning, many large multi-national supermarket chains, including Aldi and Lidl, have stated they will stop selling eggs from caged birds and France’s three largest catering companies, Sodexo, Compass and Elior have pledged to stop using them by 2025. That date cannot come soon enough for Heidi Carneau, the President of Champs Libres aux Poules.

Carneau first learned of Howorth’s work relating to hen welfare in 2015 when she moved to the British countryside and adopted hens from the British Hen Welfare Trust. Carneau went on to adopt many more hens from the BHWT, becoming an ardent supporter and fundraiser for the charity. Carneau says. “I have been crazy about animals since birth. Once I adopted hens I quickly became attached to them and that was enough motivation to start my own charity after moving to France in 2019.” 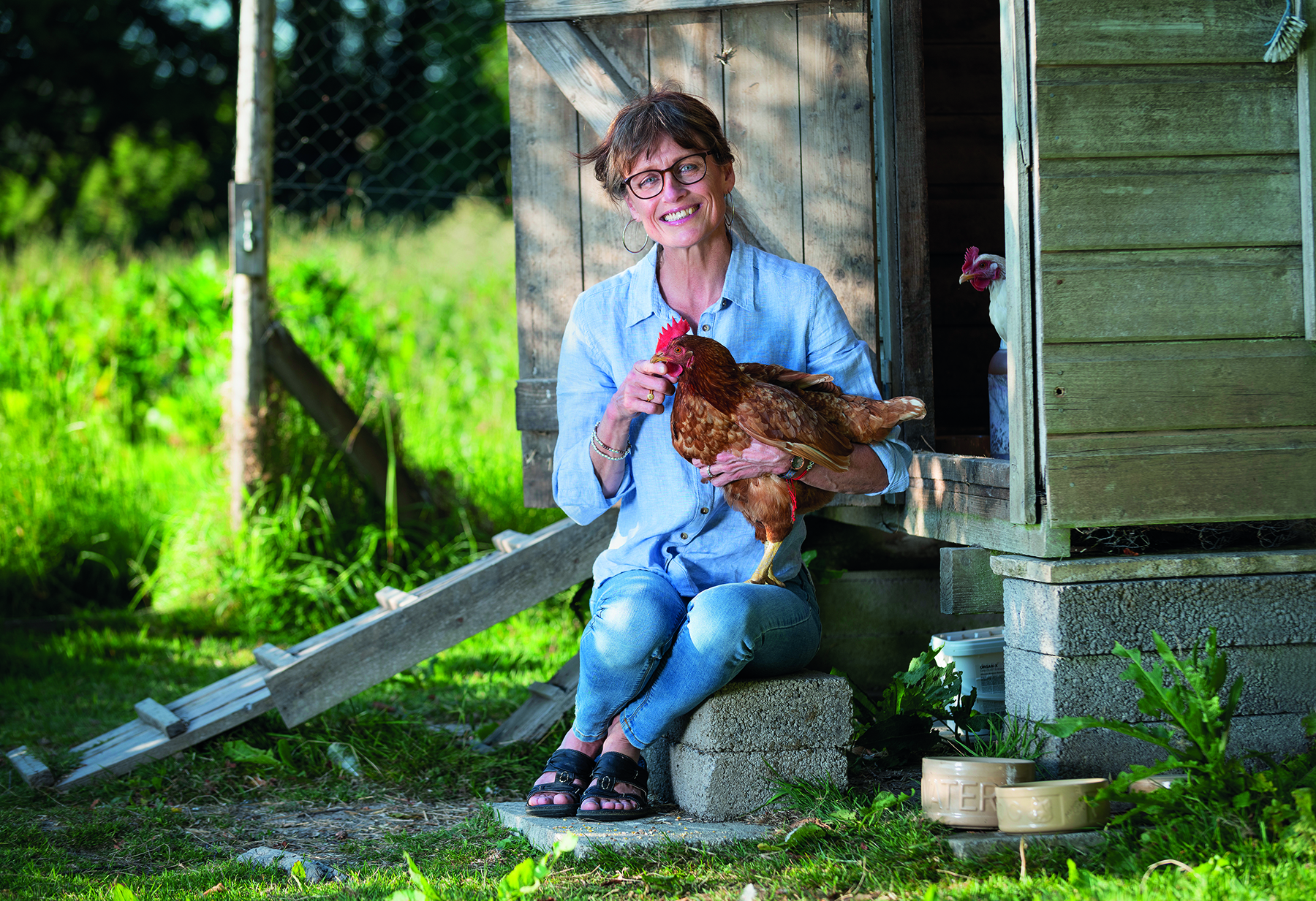 Carneau continues “After we moved to France, I located a caged farm just 2 miles away; when I was given the opportunity to take some hens, I reached out to Jane for advice. Jane and I then explored the idea of working together and the charity was born.”
Serious talks and plans began in early 2020 as to how to approach rehoming hens in a country that loves its gourmet food and has a different view on farm animal welfare. By early autumn the fledgling French affiliate charity was hatched. Champs Libres aux Poules’ Governing Board is made up of a Bureau and two members of the BHWT; Jane Howorth MBE, Founder, and Alasdair Cameron, Head of Corporate Services. Whilst the BHWT has allowed CLaP to use branding similar to its own, CLaP is an affiliate partner and not a sub-brand.

Howorth comments, “I’ve known Heidi for several years so when the opportunity arose to work together in France with a similar objective and positive ethos, it was a question of when not if it happened. This new affiliate charity is a very exciting opportunity for all of us concerned with hen welfare.”

Carneau says, “The British Hen Welfare Trust has provided me with expert support and advice over the last year. Our goals and messages are closely aligned and I am very proud to be continuing Jane’s work in France.”

Champs Libres aux Poules has begun working with local farmers in the Gers region and has already begun rehoming hens for the public to adopt as pets with over 5,000 already enjoying a second chance in life.

Carneau says, “I think the French public is ready to accept hens as pets and the welfare movement is slowly closing the gap with other European countries.”

Currently Clap’s adoption programme covers 10% of France and in the coming months the charity would like to expand to other regions and create regional hubs assisted by volunteers and volunteer coordinators, replicating the BHWT model.

Carneau continues, “My ultimate is improving commercial hen welfare and rehoming as many hens as we can saving them from slaughter. Our charity motto is “Adoption, Education, Evolution.”