Fantastic Beasts™: The Wonder of Nature

Prepare to be charmed by the Natural History Museum Shop’s range of gifts, inspired by the new exhibition, Fantastic Beasts™: The Wonder of Nature.

Inspire aspiring Magizoologists of all ages to connect with nature through the eyes of Newt Scamander™.

Combining the creative power of film, television, literature and science, Fantastic Beasts: The Wonder of Nature is a partnership between the Natural History Museum, the BBC and Warner Bros Consumer Products. It celebrates beasts in all their forms, both real and mythical, including those created by J. K. Rowling through her stories and in the Fantastic Beasts film series.

This spectacular exhibition at London’s Natural History Museum – the most ambitious to date – will showcase creatures from the natural and mythical worlds as well as the Wizarding World.

Visitors will learn about J.K. Rowling’s character Newt Scamander, Magizoologist, author and authority on fantastic beasts. They will discover the links between legendary beasts described by Newt next to specimens and historic objects from the Museum’s world-leading scientific collection. For an extra touch of magic, the exhibition will have digital installations created in collaboration with the special effects company Framestore.

Comparing behaviours such as the camouflage tactics of a jaguar to those of the Wizarding World’s Demiguise and the mating rituals of the peacock spider to the Wizarding World’s Erumpent, visitors will be enchanted by what they see. They will come face to face with a giant oarfish, the world’s longest bony fish. This incredible deep sea animal is thought to be the inspiration for mythical sea serpents around the world.

Keeping the Museum’s new strategy to 2031 front of mind, this exhibition takes insight from dedicated conservationists and scientists. Inspired by Newt’s commitment to the beasts in his world, visitors will leave with a clear understanding of why it is more important than ever to care for and protect the rich biodiversity of our planet. 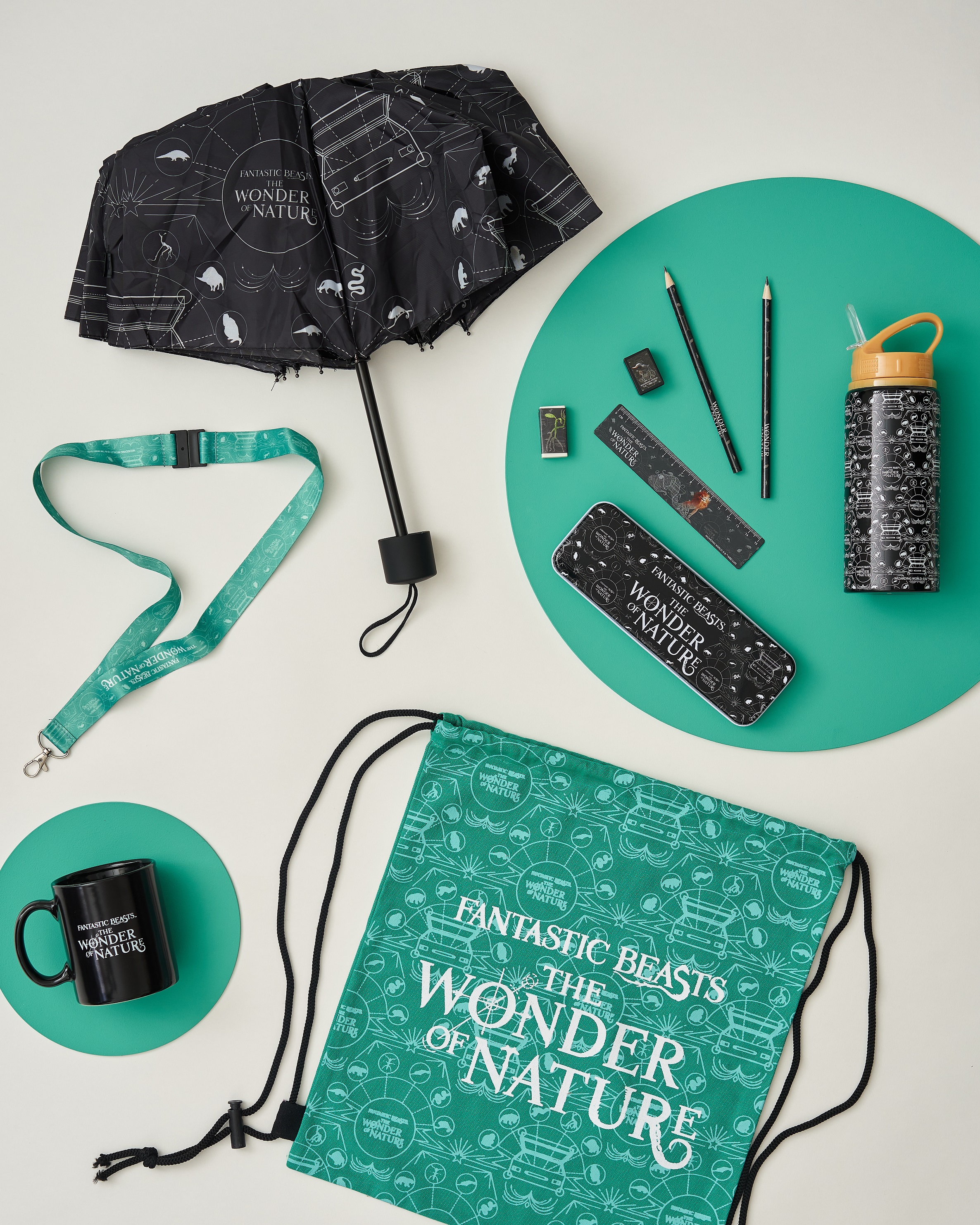 An enchanting collection of exclusive t-shirts, stationery and homeware featuring magical creatures and designs inspired by the exciting exhibition, Fantastic Beasts™: The Wonder of Nature. 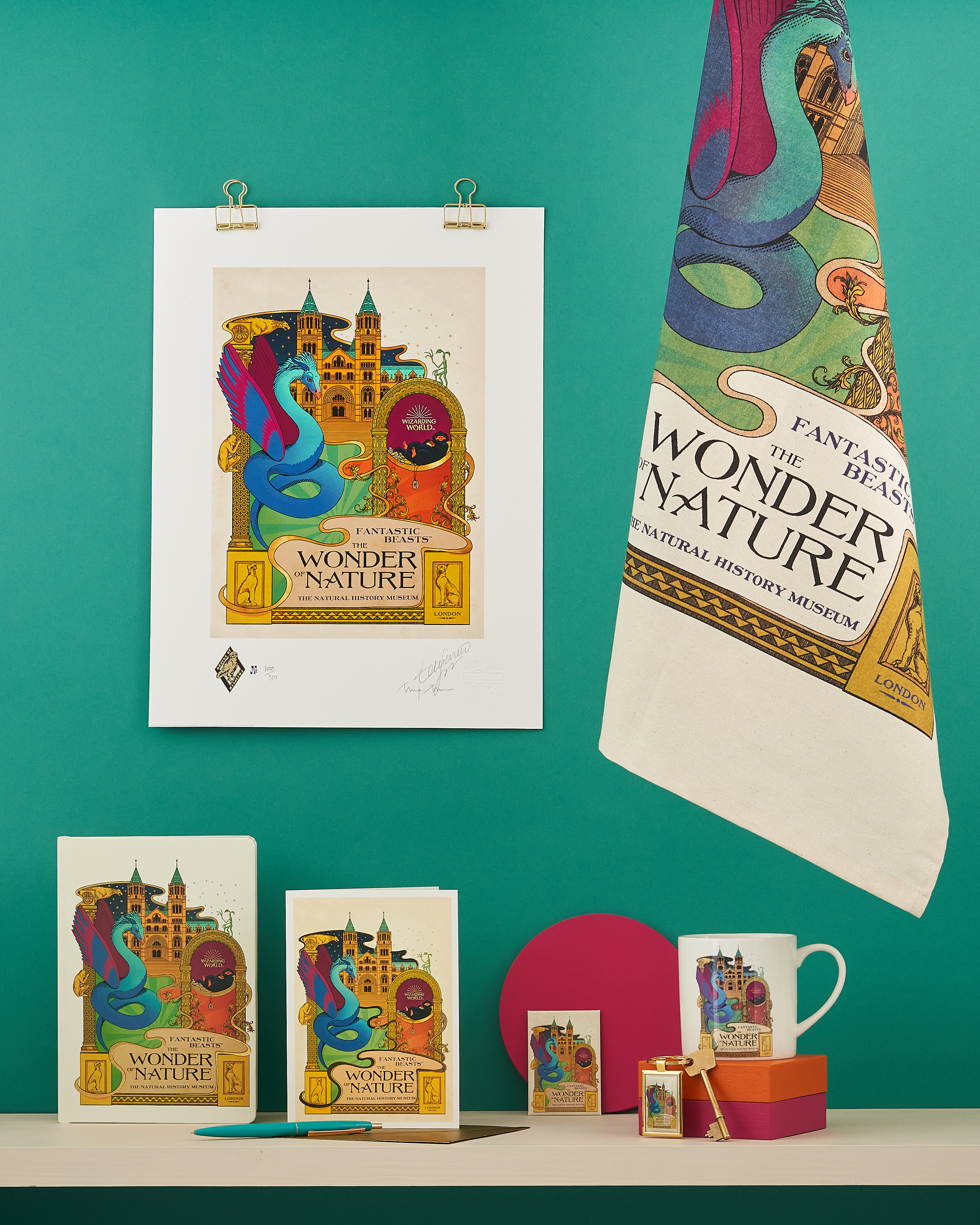 Beautiful bags, notebooks, mugs and a limited edition print in this exclusive artwork, created by the graphic designers from the the Harry Potter™ and Fantastic Beasts™ film series’. 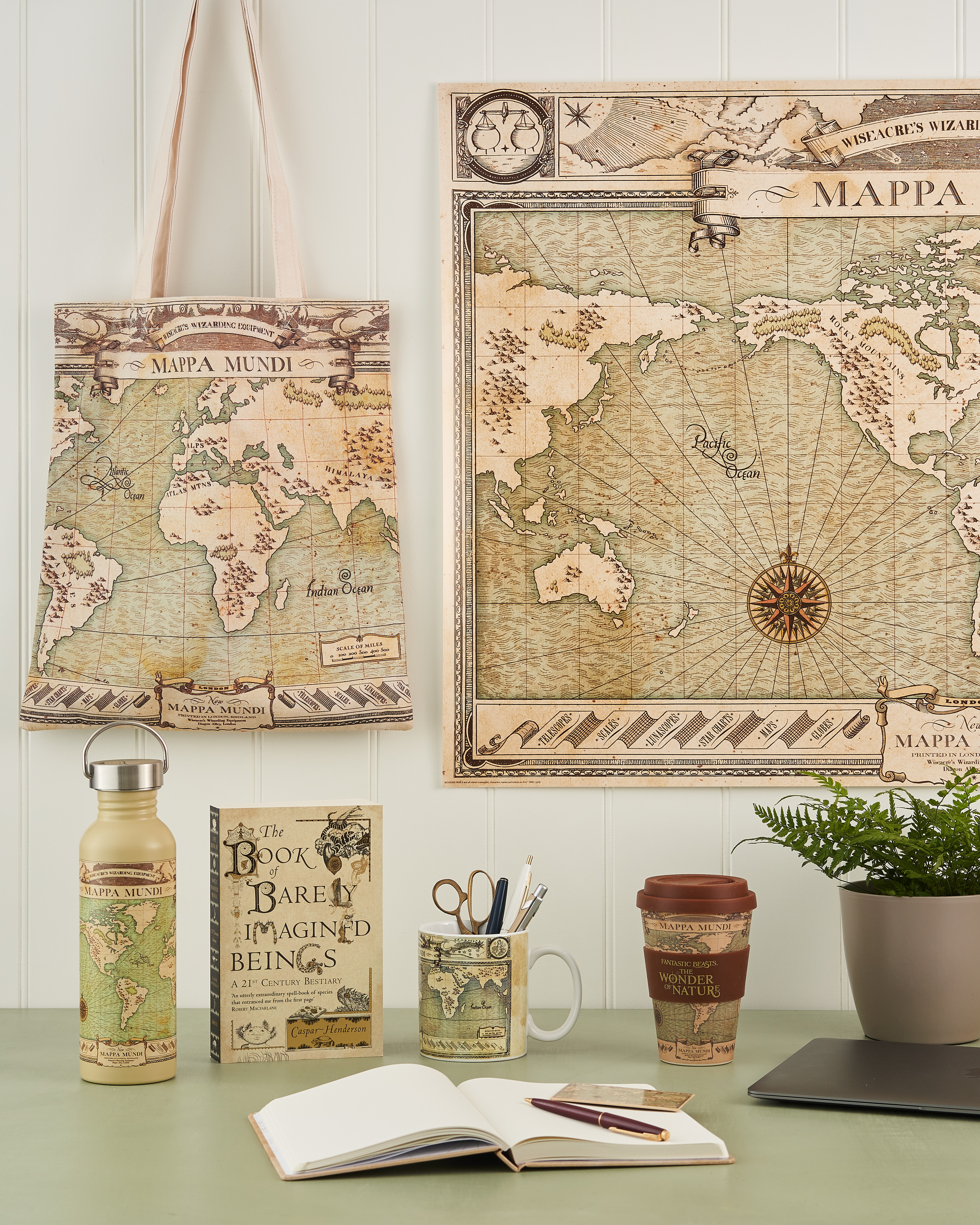 One for the explorers. Sail the world with exclusive mugs, notebooks and bags featuring a unique map of the world as first seen inside Newt Scamander’s magical case in the Fantastic Beasts™ films.

For more information and to purchase, visit the Natural History Museum Shop and Amazon website.

The Natural History Museum is both a world-leading science research centre and the most visited natural history museum in Europe. With a vision of a future in which both people and the planet thrive, it is uniquely positioned to be a powerful champion for balancing humanity’s needs with those of the natural world.

It is custodian of one of the world’s most important scientific collections comprising over 80 million specimens. The scale of this collection enables researchers from all over the world to document how species have and continue to respond to environmental changes – which is vital in helping predict what might happen in the future and informing future policies and plans to help the planet.

The Museum’s 300 scientists continue to represent one of the largest groups in the world studying and enabling research into every aspect of the natural world. Their science is contributing critical data to help the global fight to save the future of the planet from the major threats of climate change and biodiversity loss through to finding solutions such as the sustainable extraction of natural resources.

The Museum uses its enormous global reach and influence to meet its mission to create advocates for the planet – to inform, inspire and empower everyone to make a difference for nature. We welcome over five million visitors each year, our digital output reaches hundreds of thousands of people in over 200 countries each month and our touring exhibitions have been seen by around 30 million people in the last 10 years.