According to a recent survey, an alarming 65% of dads admit that having children negatively impacted their mental health, citing the top 5 contributing factors as lack of time, change in relationship dynamic, additional responsibilities, financial issues, and lack of sleep.

The same survey also found that 67% of dads felt that there are insufficient resources and a distinct lack of support available to them, which is especially concerning considering the high percentage feeling a strain on their mental health. 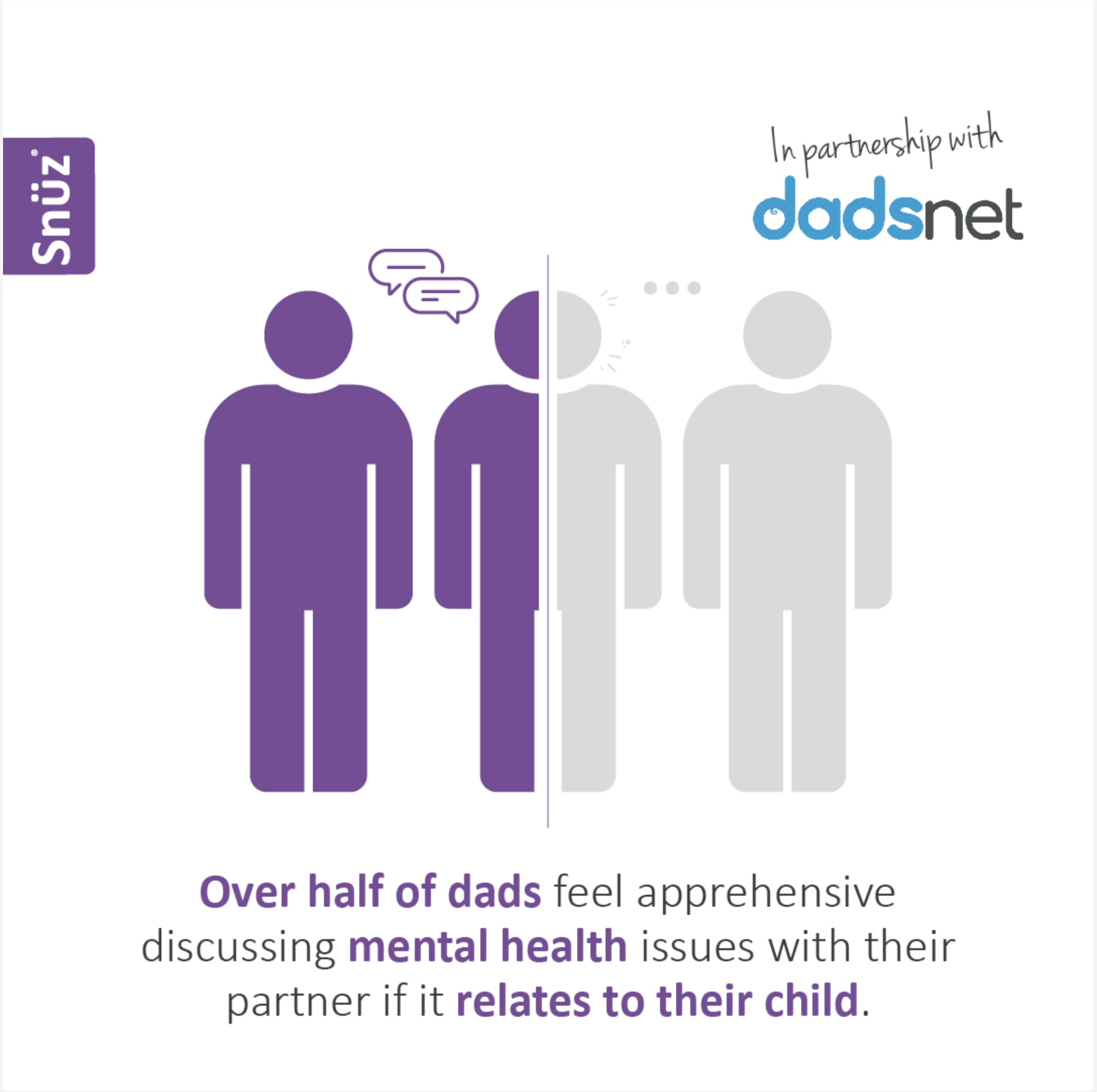 Additionally, over half of dads surveyed disclosed feelings of apprehension about discussing mental health issues with their partner if it relates to their child.

Having a baby is undoubtedly a precious thing, but it does take some getting used to, and with the new statistics now available, and the reality that 1 in 10 men will suffer some form of Post Natal Depression, there is clearly a need to put this on the agenda.

With the survey results in mind, Snüz and Dadsnet have teamed up to put Men’s Mental Health at the forefront of a brand-new campaign this month (14th-20th June) to initiate communication around the issues exposed. Throughout the week, the partnership will be offering daily content centered around men’s mental health to start the conversation, provide support and make time for dads. 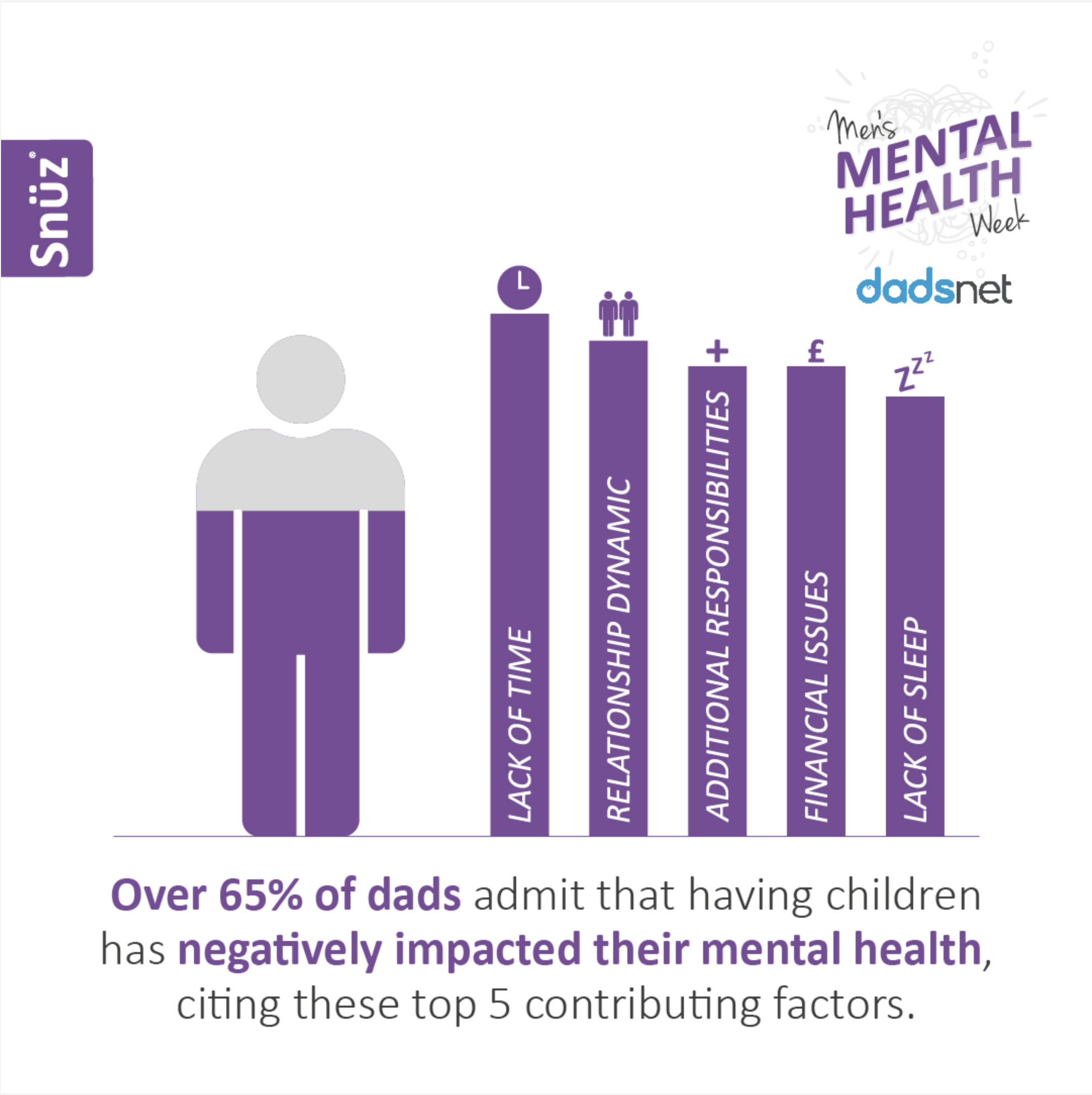 As part of the campaign Snüz will invite a number of experts to join the discussion across its busy Instagram feed, including The Daddy Sleep Consultant, The Honest Midwife, and Mark Williams, founder of the International Fathers Mental Health Day and the #HowAreYouDad campaign, as well as chatting to campaign partner Al from Dadsnet, and Tom Cox, the owner behind UnlikelyDad on Instagram.

Speaking about the campaign Al, Founder of Dadsnet said:

“Bringing a trusted figure on board to support us with this campaign was essential. We knew we wanted to reach out to fathers by providing support and starting conversations around the challenges of fatherhood for dads and parents-to-be, but we wanted to do it right. We hope raising these issues as part of Men’s Mental Health Week can be the first of many steps towards inclusivity and improving the way we communicate with parents.”