It’s the end of the road for boring Car Journeys

It’s the end of the road for boring car journeys. Take Motorway Service Stations – the new card game from Bubblegum Stuff – and never say “Are we there yet” again.

East London-based gift and games company Bubblegum Stuff has launched a new card game that celebrates the finest service stations the UK has to offer. They’ve scored the famous and infamous from the arteries of Britain across five categories: price, ambience, cleanliness, food outlets and parking spaces. And it’s up to players to battle it out trumps-style to be the first to win them all. 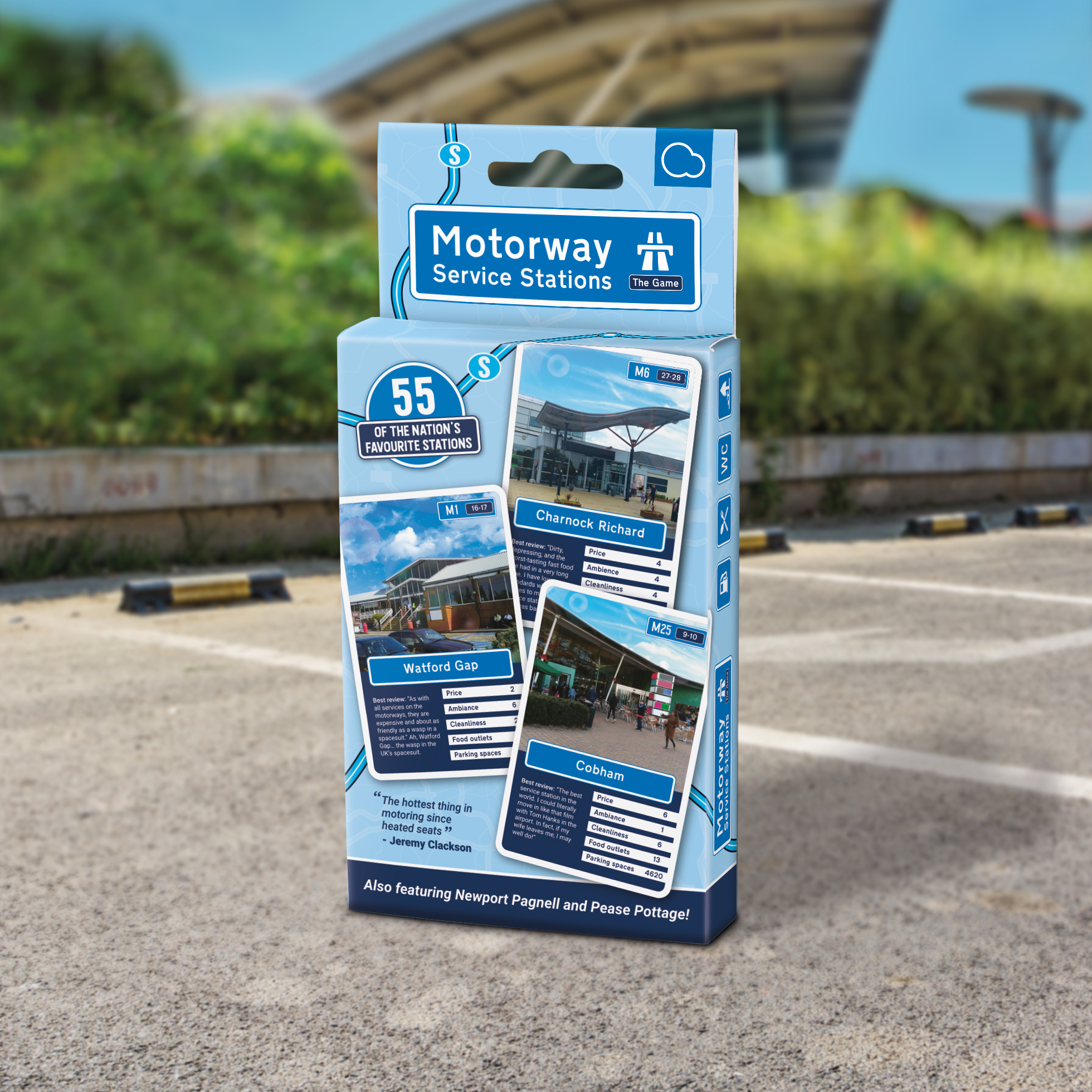 The dreadful service station is unique to the car culture of our great nation, with its overpriced fuel, overpriced food and overpriced parking (if you stay longer than two hours, obvs). It truly is a love hate relationship held between motorists and the many service areas. But what’s uniquely British is, even though they’re all crap, they’ve all got our favourites… From Thurrock to Fleet and Woolley Edge to Watford Gap – they’re all in here.

Each round, the player to go first reads the name of the top service station in their hand, a category and its score. Then one-by-one the other players do the same. The player holding the station with the highest score wins… They collect all the losing cards from that round. Play continues until there’s one player left. That person should have all 55 stations in their hand. 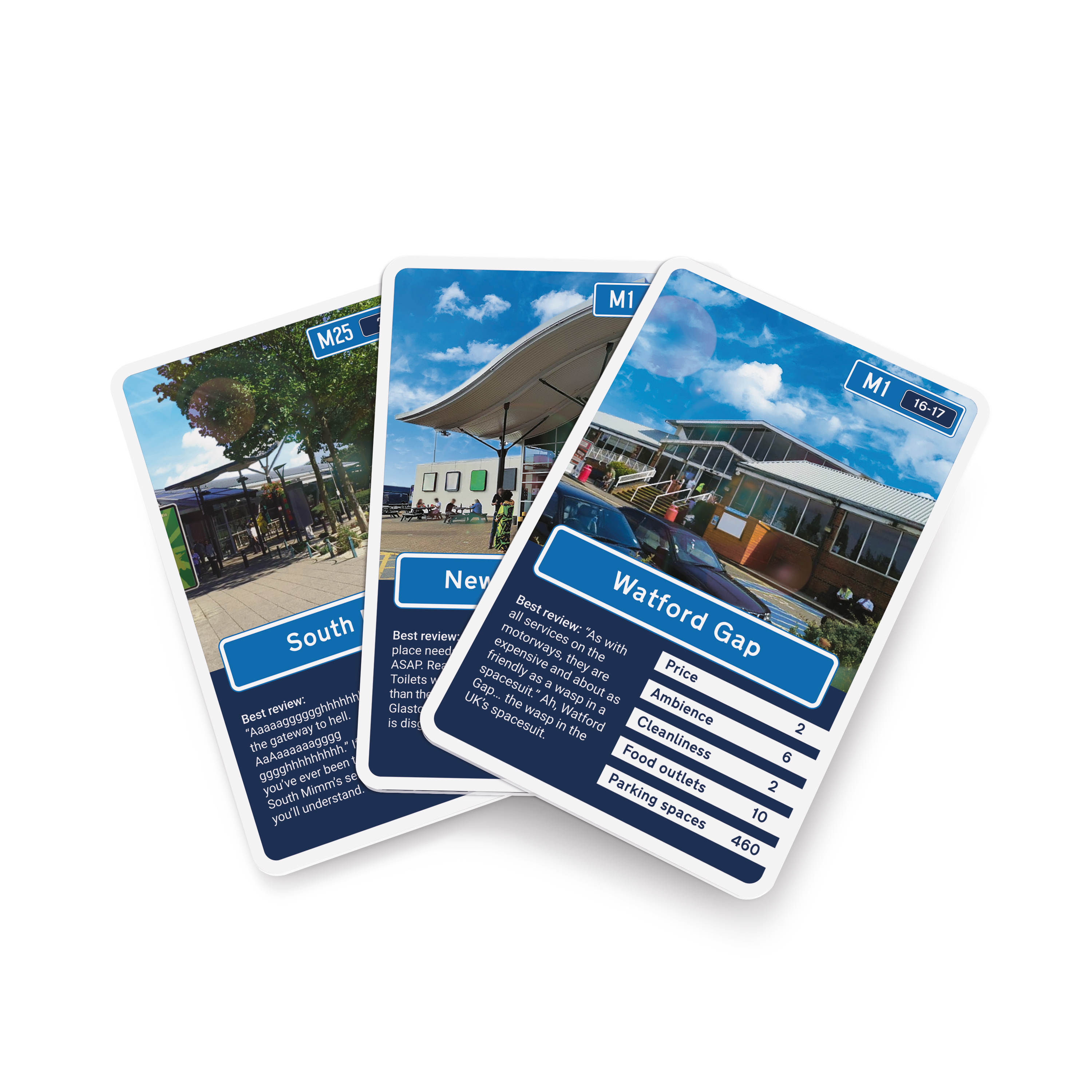 Motorway Service Stations is motoring-themed and car friendly. It’s the perfect companion for those long, boring car journeys where I spy simply won’t cut it. What’s more, it’s a conversation starter as well as a game. Players will love the beautifully crafted images and bios for their favourite station. And they’ll love discussing and debating the scores while they hit the road (not suitable if you’re driving the car!). As Jeremy Clackson says, “It’s the hottest thing in motoring since heated seats.” 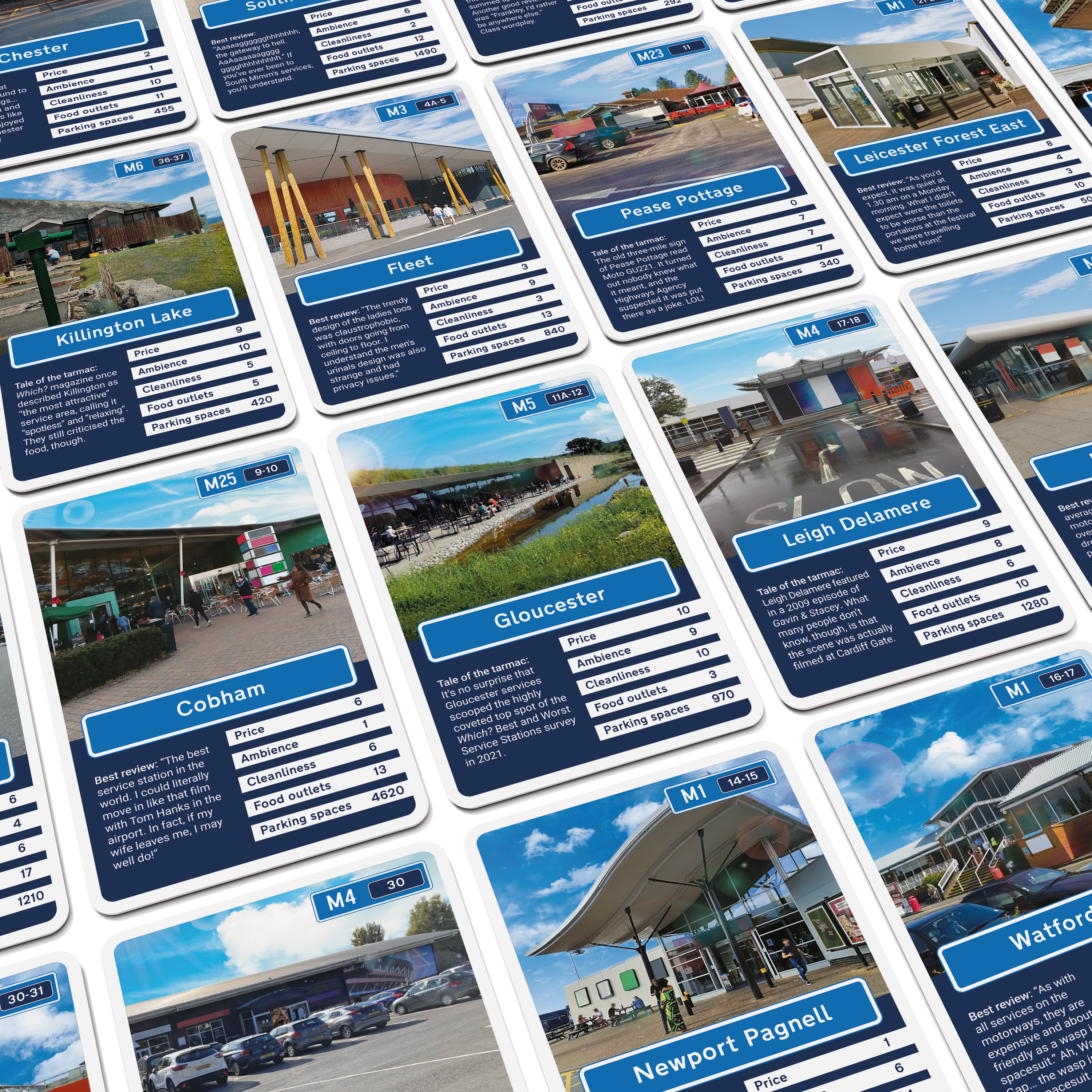 Bubblegum Stuff is a small, independent gift and games producer. The company was started from a single desk in a Hong Kong office building by Courtney Wood – a former finalist of BBC’s The Apprentice.

As well as some larger titles, Bubblegum Stuff makes quick-to-learn, quick-to-play card games based on pop culture trends. Successes include Weird Crushes – British Hunks (as seen on The Graham Norton Show, Good Morning Britain and Britain’s Got Talent) and the Plant Life Support houseplant irrigation system (as seen on This Morning).

2020 Must Have Summer Gadgets at Expert Verdict